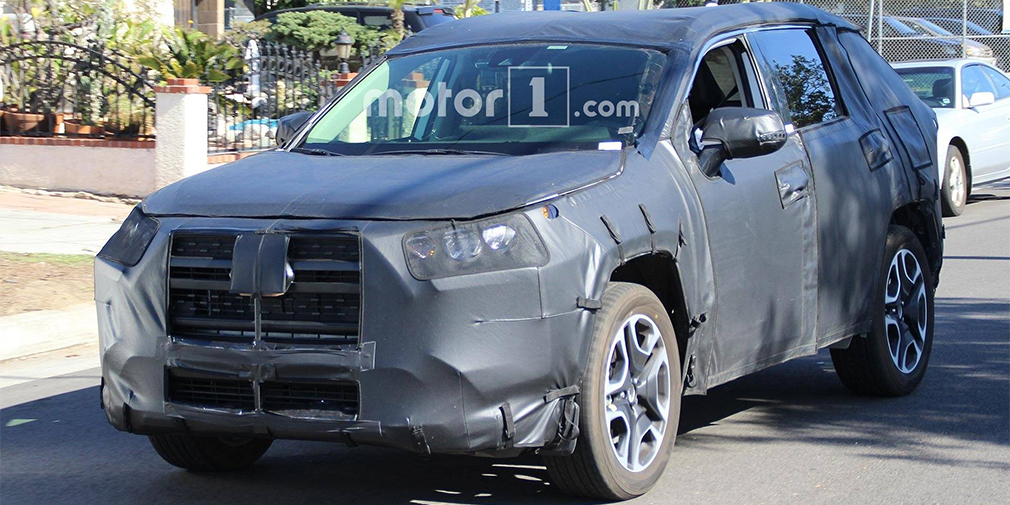 In the Japanese company Toyota decided to tackle the road tests of the new generation RAV4.

The first batch of photos from the paparazzi appeared in the location of the publication Motor1. The publication reports that the debut of the vehicle will take place at the end of 2018 or in the first months of next year.

The first pictures hint that the design of the car will change very much. The exterior of the car will resemble the concept car FT-AC, which was presented in Los Angeles in 2017 on the popular motor show. Now the photos show us only a large radiator grille with a new optics. In theory, the future RAV4 will be based on the Toyota TGNA platform.

This architecture is already in the Camry, C-HR, and Prius models. All the rest of the technical information on the machine is still classified. Perhaps the cross will have a hybrid version.