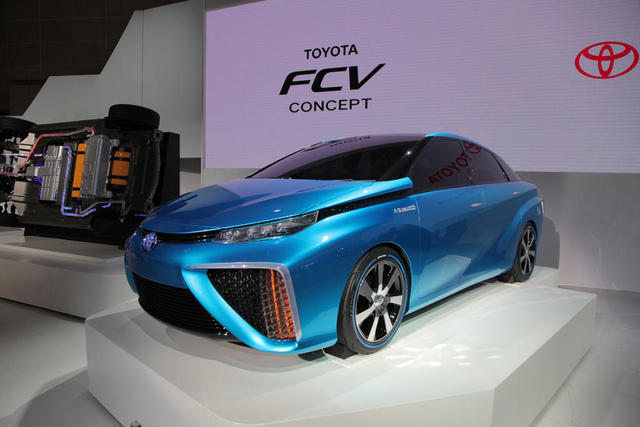 After more than 100 years the internal-combustion motor still rules as the world’s go-to powerplant for vehicular propulsion. Surely, electrics have beginned to chip away at that domination but they haven’t really succeeded. Talking about alternative technologies one can ask: will fuel cells fare any better? Well, probably if Toyota starts pushing them.

The Japanese automaker has just uncovered its FCV Concept at the Tokyo Motor Show. It’s enhanced by the brand’s latest fuel-cell stack, one with twice the power density of its current technology. Supplying the system a steady stream of H2 is a pair of high pressure hydrogen tanks equipped underneath the vehicle. Maximizing space inside, this location allows the car to keep four passengers.

Unlike some pure-electric cars the FCV Concept can drive at least 500 km on a single tank of fuel; that’s right about 315 miles. Moreover, it can be recharged in 3 min. only – less time than it takes to microwave a regular dinner. Check it out with an electric…

Notably, with a full load of hydrogen this vehicle’s fuel-cell stack can provide up to 10 kilowatt hours of juice, which is meant to be enough to meet the needs of the regular Japanese home for more than 7 days.

Toyota is very ambitious with this model, but they seem a little behind the curve. A production variant of the FCV Concept isn’t going to reach dealers until around 2015. Other companies could beat them considering this. 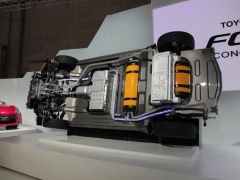 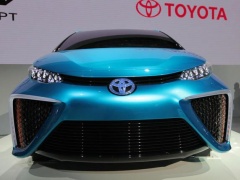 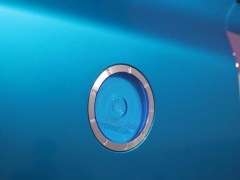 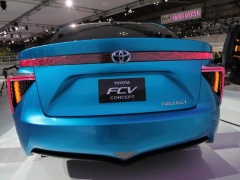 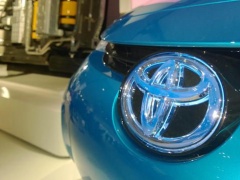 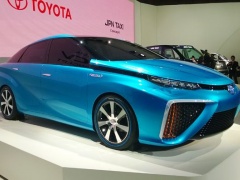 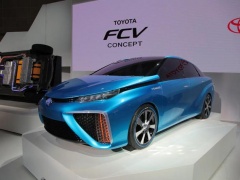