First video from the races of revived Toyota Supra 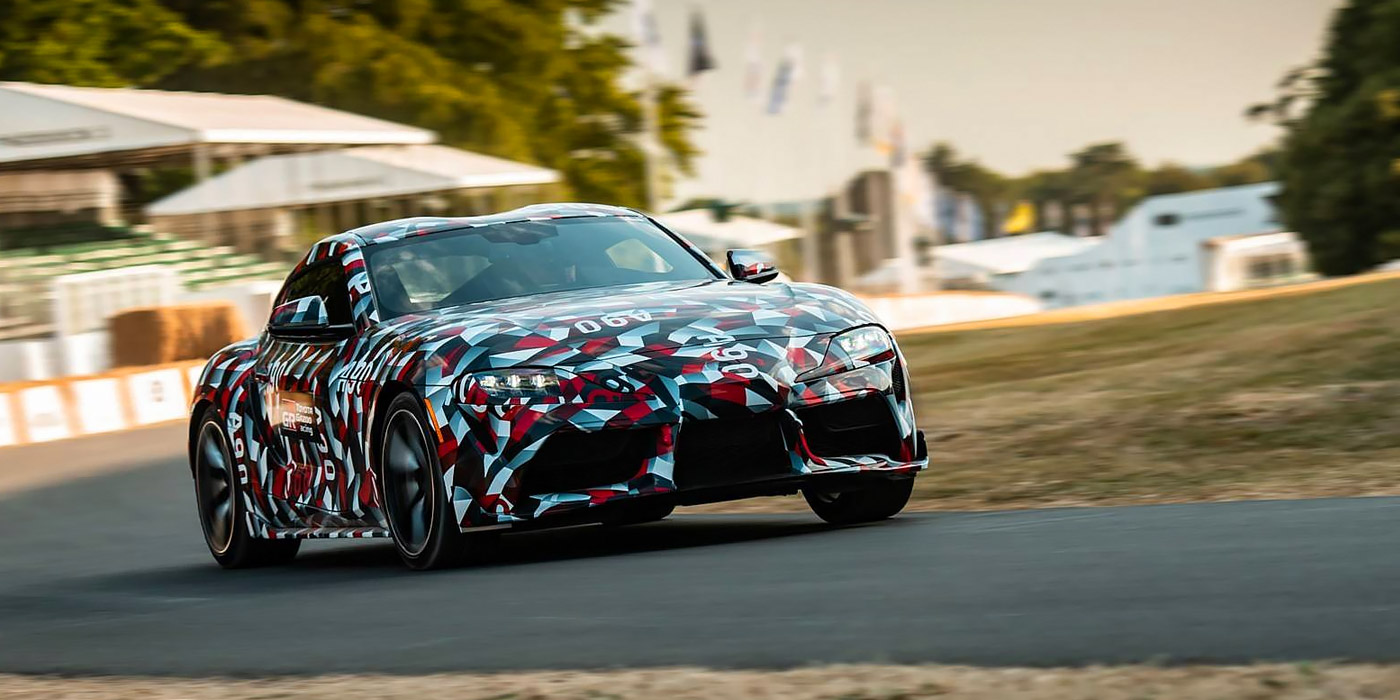 At the Festival of Speed â€‹â€‹in British Goodwood Toyota representatives brought a prototype of the Supra - the future serial sports car with the same name.

The car demonstratively drove on the motor show, but, as before, Supra is covered with camouflage.

The new Supra will acquire a straight-six 6-cylinder unit, front-engine layout and rear-wheel drive. Perhaps it will be the engine from BMW, issuing about 340 "horses" and 500 Nm. 100 km/h coupe is given for 4.5 seconds.

Not so long ago it was said that the Supra will have one "robot" with 2 clutches. The basic version of the car will have a 2.0-liter 4-cylinder 250-hp turbo engine. The car next will have a version with a hybrid installation, made on the basis of this unit. They also say that a hot "GRMN" version is expected in the compartment.