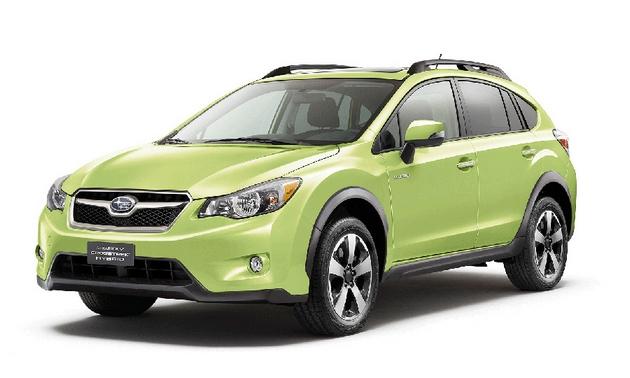 Subaru XV Crosstrek will be shown at the New York auto show next week.

The new model will be Subaru's first gasoline-electric vehicle and will be equipped with Toyota Motor Corp.'s hybrid system.

The representatives of Subaru have not revealed the exact date of release but they promised to set up first deliveries this year.

Subaru says that making a world debut in New York will be a concept version of a new hybrid model.

Fuji Heavy Industries, Ltd., the parent company of the Subaru, released a photo of the hybrid XV Crosstrek in bright lime green. Unfortunately, they rejected to provide any other details.

Subaru is trying to roll out the hybrid technology in order to lift the fuel economy in a traditionally heavy vehicles, such as SUVs, crossovers and all-wheel-drive vehicles, because of tough emissions regulations.

Subaru didn’t disclose any details of the new hybrid system, but its concept cars have demonstrated an all-wheel-drive layout along with the electrified drivetrain for years.