Subaru published a teaser of the new 7-seat crossover Asquent 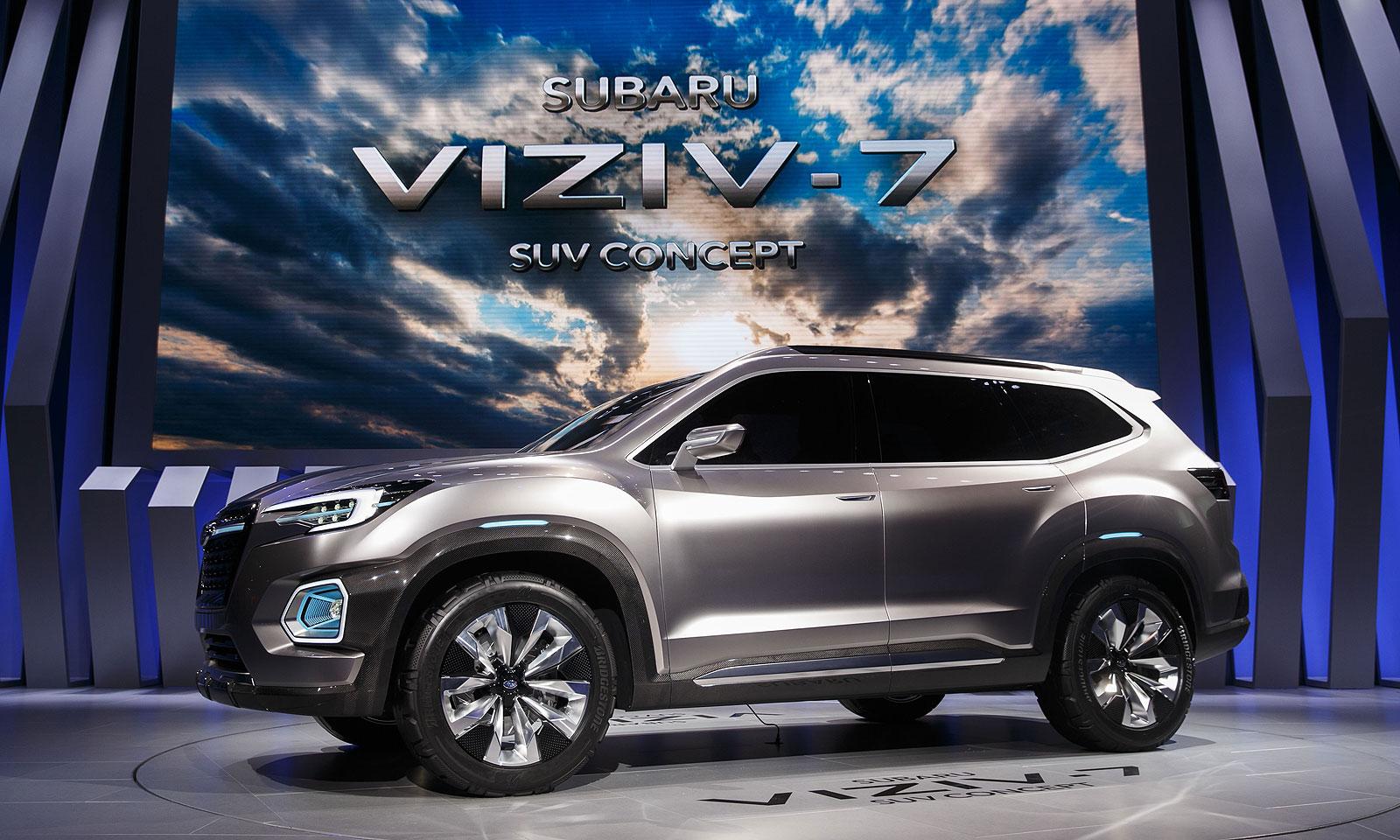 The new model Subaru - seven-crossover Ascent will officially be presented on November 28 at the Auto Show in Los Angeles, but for now the Japanese brand has shown the debutant's teaser.

Three-row crossover will become the ideological receiver of Tribeca. The model will be built on the basis of the concept Viziv-7, presented in New York in the spring of this year. The serial version will be slightly different from the concept car with quieter exterior lines.

This time, the Japanese company Subaru has published another intriguing image of the new seven-seater Ascent, which shows the car practically "in full swing."

As has been pointed out more than once, the Subaru Ascent crossover will be based on the Subaru Ascent Concept prototype. The car of the popular segment SUV is called many spiritual successors of the not-too-successful Subaru Tribeca.

In the market, Subaru Ascent will appear in 2018 and will be able to compete with Toyota Highlander and Ford Explorer. Automotive forums have already been filled with comments by brand lovers who are looking forward to the novelty. Apparently, the long-awaited release will appeal to many.