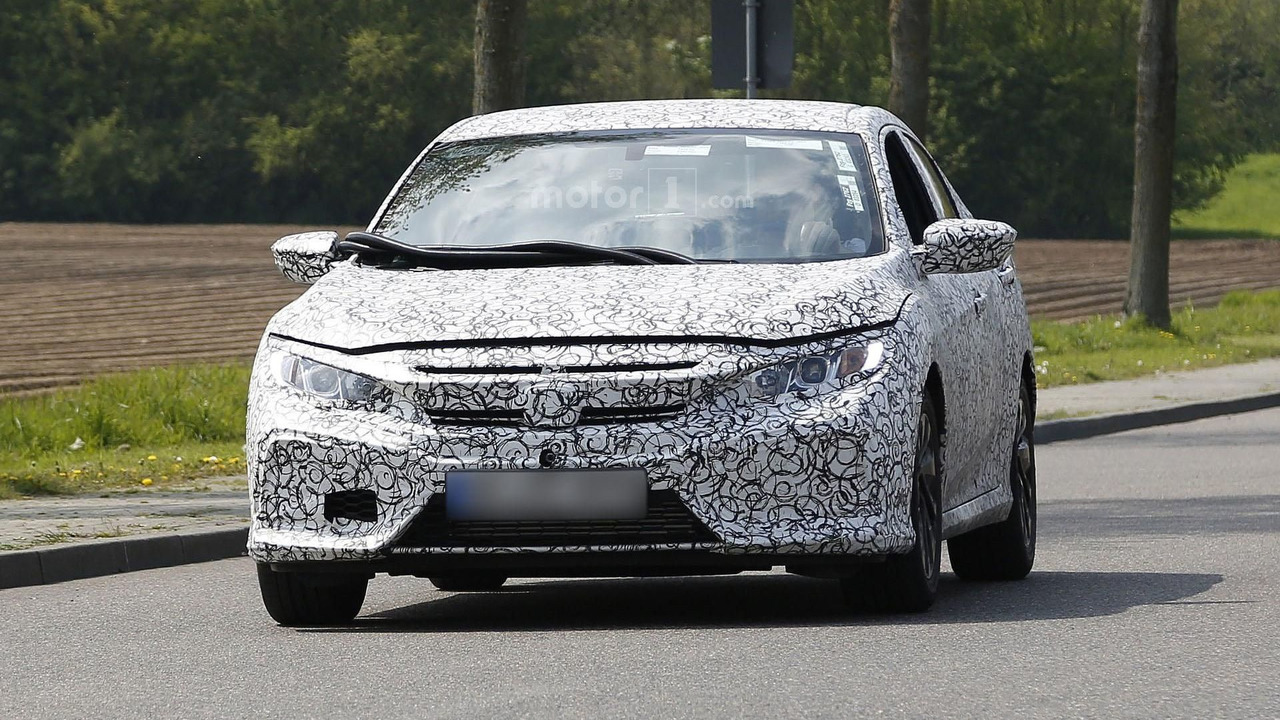 Next year’s Honda Civic Hatchback is heading to production. Paparazzi have caught a prototype during testing on the continent.

Not long ago the production version was previewed before the Civic Coupe and Civic Sedan. It adopted cool design, so be ready to turn heads when you see it. Details are veiled under the camouflage. However, we spotted angular headlamps, two-tailgate mounted spoilers and bulging front fenders.

The cabin can be easily recognized as it has materials of high quality and an adorable design. The vehicle also features a three-spoke helm and some metallic accents.

The automaker has not revealed the specifications. We know that the model will be sold only with a 1.5-litre turbocharged V4 engine in the U.S. The motor will generate 174 hp and torque of 162 pound-feet. Both 6-speed manual and continuously variable transmission will be offered.

The 2017 Civic Hatchback from Honda will be presented sometime later in 2016. 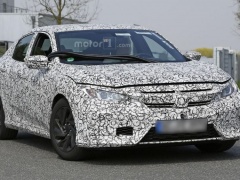 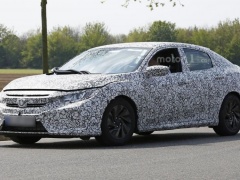