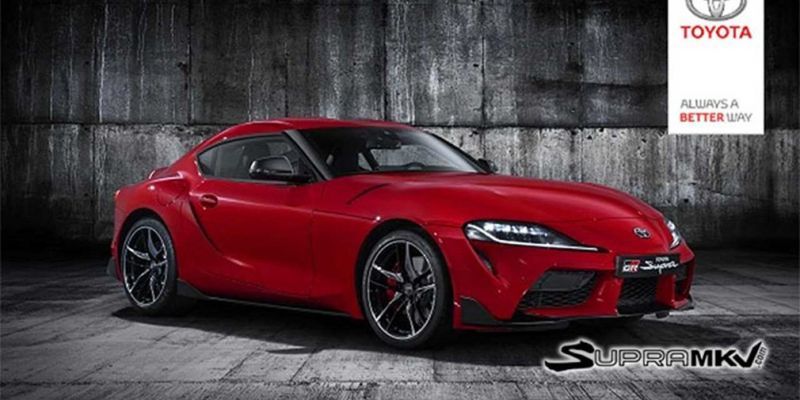 The network received a photo of the reborn Supra. The picture, which appeared on the website SupraMKV, demonstrates a revived novelty without protective camouflage.

The photo makes it clear that the car will take certain stylistic decisions from the concept FT-1 2014.

The novelty will acquire an in-line 6-cylinder unit, rear-wheel-drive front-engined assembly. Rumors say it will be a 3.0-liter BMW gasoline engine, developing 340 "horses" with 500 Nm. "A hundred" coupe will be given in 4.5 seconds.

The auto engine interacts with the 8-step “automatic” ZF.  In the future, the car will receive a modification with a hybrid installation and a “hot” GRMN version.

Publicly cars will appear in January of the new year in Detroit.