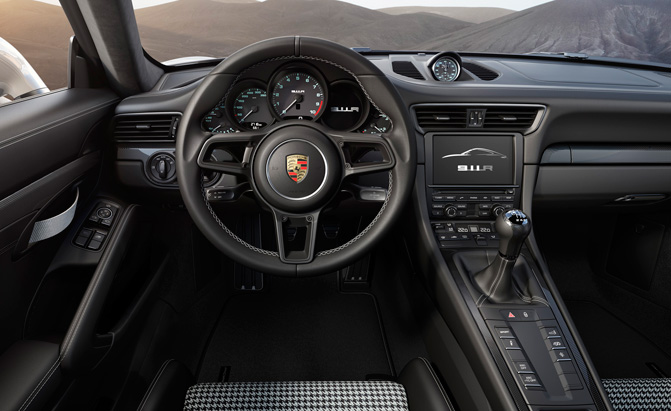 Photographers managed to capture the new Porsche 911 GT3 before the official premiere in Frankfurt.

On the released images you can see that the updated German model will borrow the rear spoiler from the 911 R. The rest of the design elements will be transferred from the 991.2 GT3 model.

According to preliminary information of experts, under the hood of the Bavarian novelty will be installed 4.0-liter power unit, capable of generating about 500 horsepower. By the way, the official debut of the new model will be held in the framework of the car showroom in Frankfurt in September. According to the company's management, manual transmission will not be provided. In this case, it doesn’t mix and just does not make sense.