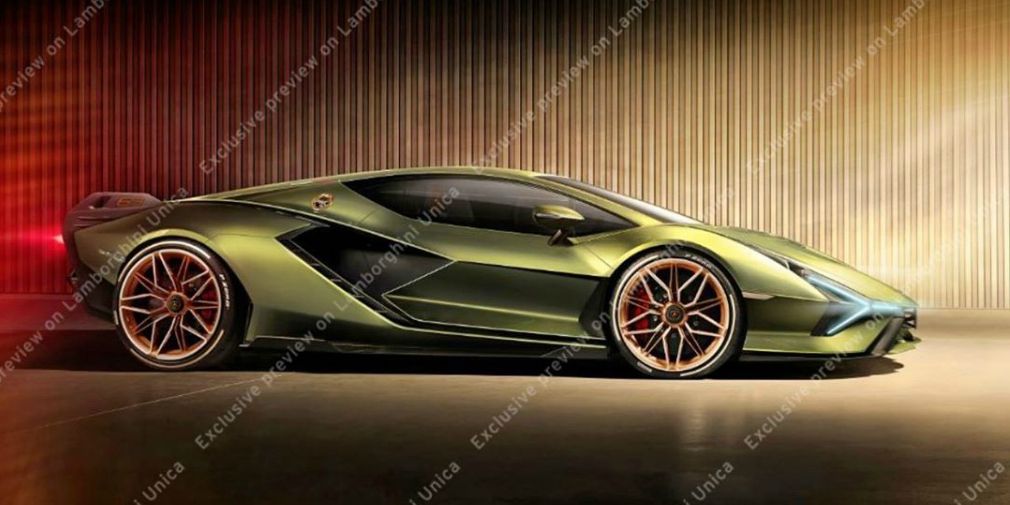 TheSupercarBlog showed the official photo of Lamborghini Unica, which will be giving the role of the first Italians with a hybrid installation.

In public, the car will be declassifying in a couple of days in Frankfurt. The vehicle with the designation LB48H will remind the concept car of the Terzo Millennio 2017. Additionally, some elements will come to the new product from the current flagship of Italians in the person of Aventador and supercar Centenario.

Most likely, the model will get a hybrid installation with a base of a 6.5-liter V12 aspirated, working with a 48-volt system. Together it will turn out to develop power up to 1000 hp. The transmission chose from a 7-speed “robot” for two clutches — traction transmitted to each wheel.

Lamborghini Unica will appear in a limited edition - 63 copies. The price of the car will be about 2.5 million euros.