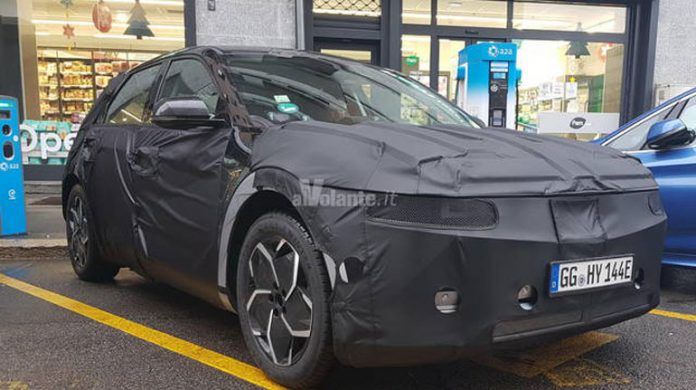 The paparazzi spotted the novelty in tight camouflage in Milan, Italy. The official debut of the Hyundai Ioniq 5 is rumored to take place in the coming months.

The day before, a brand new electric crossover from Hyundai was caught in the same heavily camouflaged form, making it extremely difficult to say something about its design.

Headlights and taillights will remain unchanged. By the way, at the start, the electric car was called Hyundai 45, but later its name was changed from its sub-brand - Ioniq.

This electric crossover is based on the new E-GMP platform designed for cars without internal combustion engines.