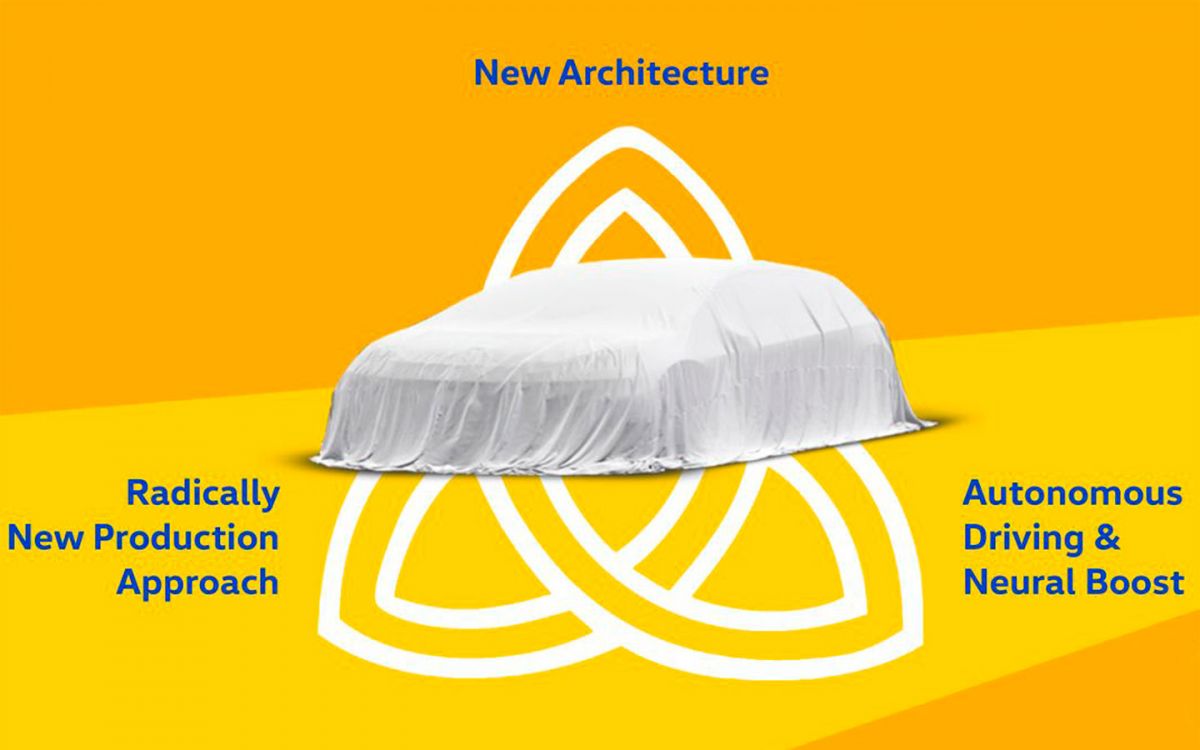 Volkswagen has released a teaser of its new electric car, the Trinity.

Autocar writes that the car will be the flagship "green" model in the ID range. It will be manufactured at the company's plant in Wolfsburg. Its main rival is the Tesla Model S.

The novelty will be created on the newest platform, which is still classified. The idea is that it's a specific upgrade of the existing MEB platform used in ID.3 and ID.4.

In the photo, the electric car is hidden under a fabric cape. The novelty gets ascending sidelines with massive wheel arches. In general, the appearance of the vehicle reminds ID.3.

The Trinity will also get an autonomous driving system. Initially, the car will reach Level 2 technologies, which means that the vehicle will be equipped with improved cruise control, lane-keeping system, and other advanced driver assistance systems. In a few years, the novelty will get a Level 4 system.

Besides, a completely new software package is being developed for the electric car.