VW’s VR6 engine will go on into another generation despite last rumors that suggested the opposite.

The German brand is previewing the engine in its Design Vision GTI model, which it revealed with 503 hp and 413 lb-ft of torque. While the production variant won’t make that much power, Carsbase informs that the engine will go on, according to reliable company source.

It isn’t known for sure if the engine will enhance another Golf VR6, but the engine will surely enhance some of the automaker’s larger nameplates including the Touareg, CC and Passat.

Former reports suggested that the VR6 would be eliminated because of extremely strict emissions standards in favor of the turbocharged 5-cylinder unit Audi uses. 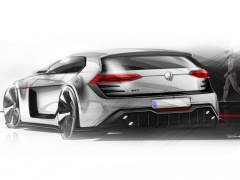