Toyota has made the Prius hybrid even more environmentally friendly 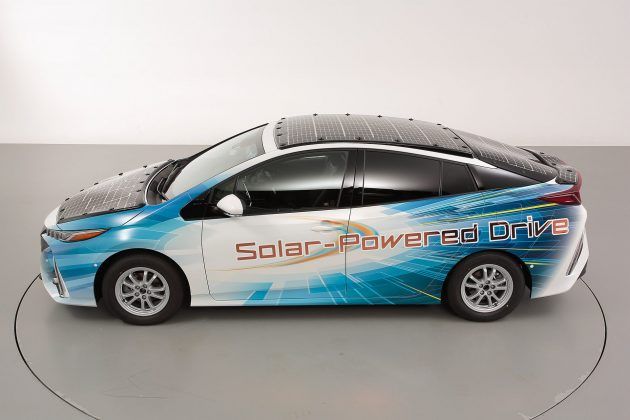 Toyota is testing a hybrid Prius, which is complemented by solar panels that add another 56 km of a track using solar energy.

The Japanese company has been making a Toyota Prius car for the last year, which is being expanded more and more by solar panels. Three years ago, a similar version was started selling in some countries of the world, but in this version, solar-powered cars covered only a couple of kilometers with the same type of energy.

Now Toyota is installing a more productive solar panel from NEDO and Sharp on the roof with a Prius hood. A hybrid due to one solar energy can drive 56 kilometers every day.

Toyota does not report when to expect a Prius sale with a solar panel. Only after the tests will it be known whether the Japanese will be selling the machine.