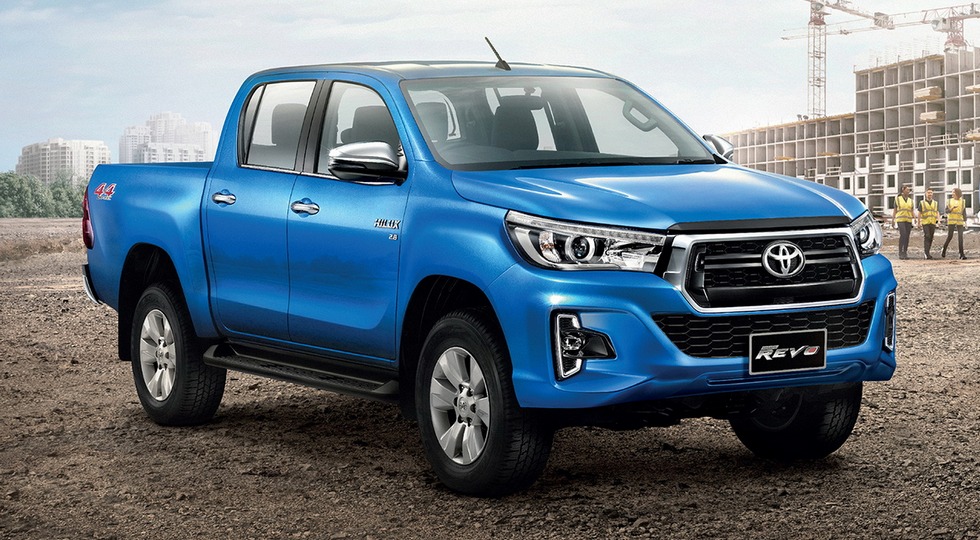 The Japanese carried out updates in the Hilux model which will be sold in Thailand.

Media was reported that in other countries of the world updates will follow the same as for Thailand.

Base and average versions of cars have changed slightly. For example, in the top car there is now another bumper in front, a new radiator in the type of pickup Toyota Tacoma, as well as other sections of fog lamps, where chrome decorative elements were introduced.

Another Hilux with the 2nd cabin is already available with a new variation of Rocco. This machine has a black radiator, as well as overlays of a similar color on the arches of wheels with 18-inch wheels. In addition Toyota Hilux Rocco received all-terrain tires.

The motors in the company decided not to change anything. In the pickup there is a former turbocharged diesel units 2.4 liters per 150 "horses" and 2.8 liters at 177 hp. Plus added the petrol 2.7-liter 166-horsepower engine. The transmissions to the car are 5- and 6-step "mechanics", as well as a 6-step "automatic". The drive can be rear or full.