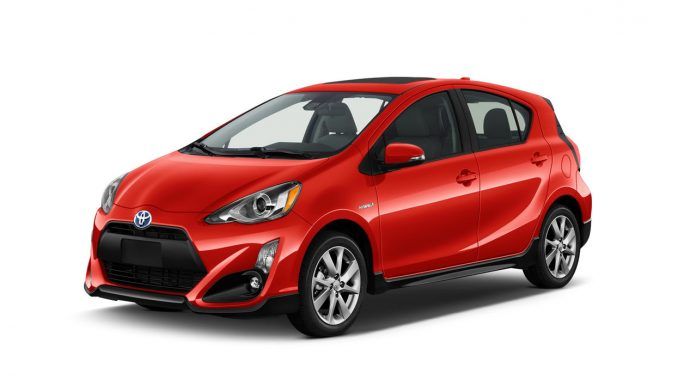 The model will be replaced by a Toyota Corolla Hybrid, which will be on sale in the form of a 2020 car.

Toyota Vice President of Marketing Ed Lauks said that the Prius C coped well with its tasks, and now it's time to say goodbye to it. Since 2011, the Toyota Prius C has been engaged in serial auto production. The hybrid in size and price was less than the standard Prius. The power plant included a 4-cylinder 1.5-liter engine with an electric motor. In total, the power is 99 horsepower.

In fact, the new Corolla Hybrid will replace the Prius C, which will be sold in the spring of next year. The size of the car more, plus the fuel consumed less.