The revived Toyota Supra left the conveyor in a first copy 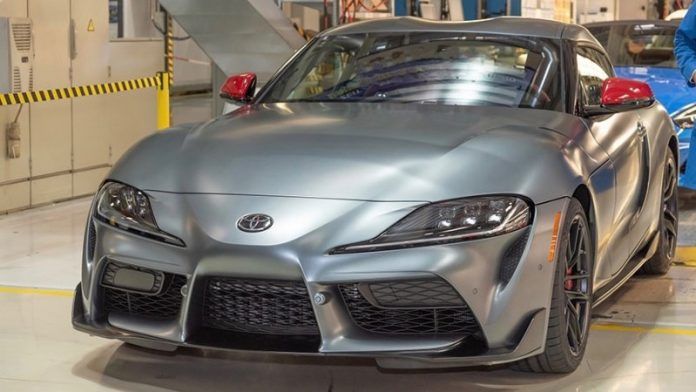 A Japanese company in Austria launched the first revived Toyota Supra, which is valued at $2.1 million.

The first revived car was launched at the Magna Steyr plant, Austria. This model was previously sold at auction for 2.1 million US dollars.

The world's first Supra 2020 created in the Launch Edition special version. The car has a gray matte body color, combined with red side mirrors. Inside, there are similarly accents of this shade.

The company plans to release only 1,500 such special versions of Supra Launch Edition. The standard car costs $56,180. The engine cover will receive the Akio Toyoda signature, the concern President.

The Toyota Supra 2020 received a six-cylinder in-line turbo engine from the BMW Z4. The unit interacts with the automatic transmission on 8 steps, and its power reaches 340 'horses' and 500 Nm. The first 100 km/h is reached by car in 4.5 seconds.