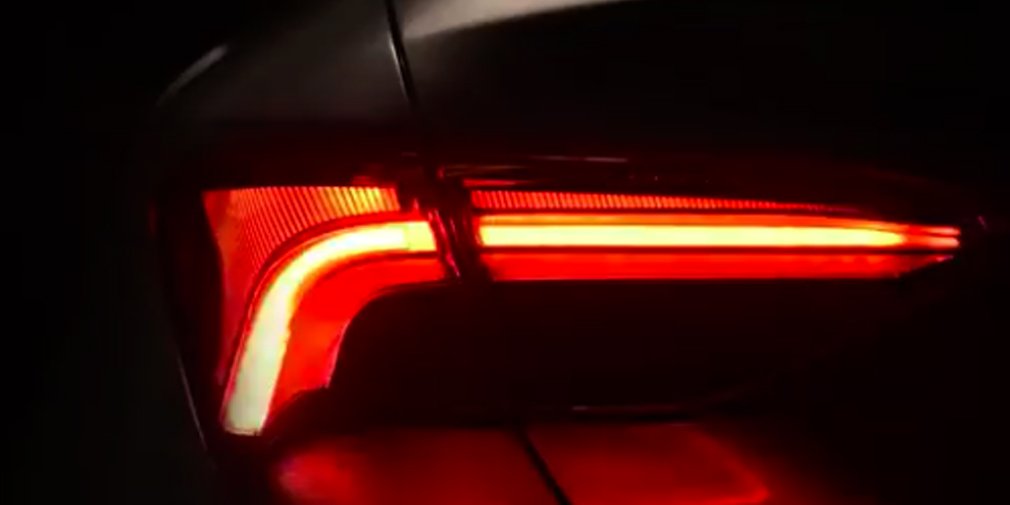 Toyota showed teaser the new generation Avalon, which shows us the rear optics of the car.

The public debut of the novelty will be held January 15 in Detroit. This Toyota Avalon will be made on a modular TNGA base, which until 2020 will be the basis of the platform for many Japanese cars.

Due to architecture, the sedan can become longer and slightly wider, plus it's lighter than its past performance. The engine compartment of the car will consist of a 2.5-liter 4-cylinder unit and a powerful V6 3.5 liter.

The first motor helps give a variator, the second - an 8-speed automatic transmission. We add that the engine compartment of the Japanese will be replenished in the future with a hybrid modification, which includes an aggregate 2.5 with an electric motor for a total power of 210 hp.

It is already known that the new generation of Toyota Avalon will receive an improved package of active safety systems Toyota Safety Sense. Includes a novelty headlight adaptive headlamp system, compliance with ranks of rides, a function to prevent frontal accidents, etc.