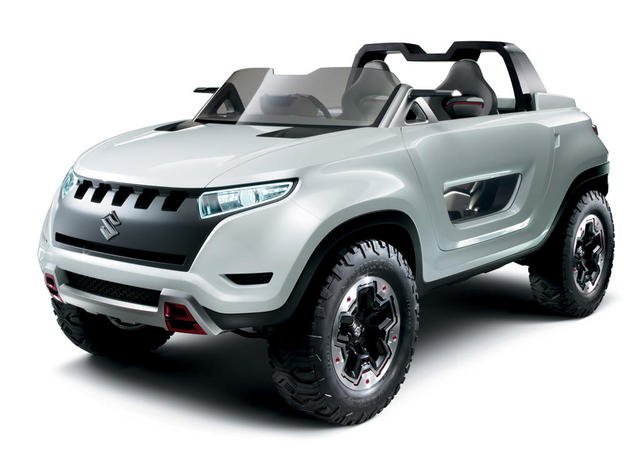 Suzuki has uncovered five models that are going to be showed at 2013 Tokyo Motor Show, four of which are global premieres.

Though Suzuki is no more in US, the Japanese company carries on growing strong in Japan. The theme for current year’s Suzuki booth at the Tokyo Motor Show is “Let’s Create a Brand New Story,” and will include concepts inspired by the slogan “Small Cars for a Big Future.”

The 1st of the five concepts is the Crosshiker which is a compact crossover weighing in at just 1,775 pounds. It’s enhanced by a 1.0-liter 3-cylinder motor and adopts its lightweight platform from the company’s G70 concept.

Next up is the X-Lander, a compact 4-wheel drive model fitted with a 1.3-liter motor with a brand-new automatically controlled manual transmission. The Suzuki X-Lander is based on the Jimmy and features a compact lightweight hybrid system to make it eco-friendly in the city while providing the ability to “go out to play in the field,” as Suzuki puts it.

The iV-4 is the compact SUV concept that will be debut in Japan is fitted with the company’s next-gen 4WD system ALLGRIP and will be unleashed in Europe in 2015.

The next goes Hustler, a crossover-type concept constructed to suit the active lifestyle of people who prefer nature and sports. With a functional style, the Hustler includes a lot of SUV features combined with exterior design.

Finally, the Hustler Coupe is another version of the Hustler model to show off the flexibility of the platform and the chances if Suzuki was to move forward with development. 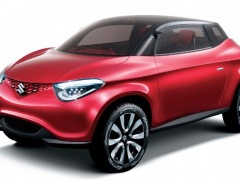 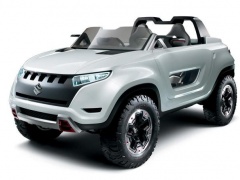 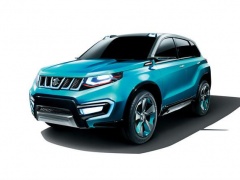 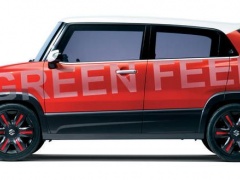