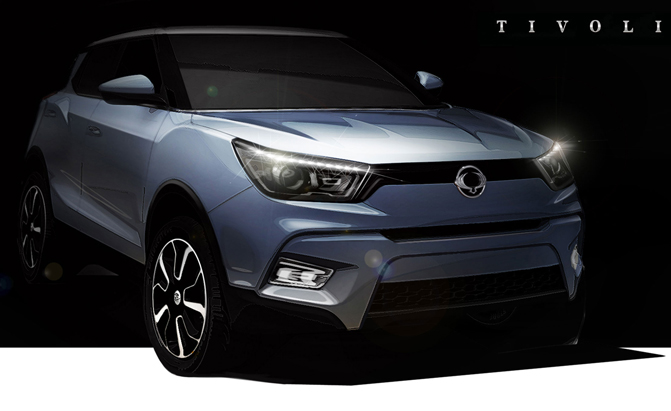 The Korean manufacturer Ssangyong will probably reach the U.S.

Ssangyong has filed trademark propositions for “Tivoli” and “Luvent” with American Patent and Trademark Office not long ago. The Tivoli was presented as a compact crossover not long ago in Korea. It is similar to Chevrolet Trax and Honda HR-V. Consumer Reports states that the Luvent nameplate will be at a sedan or hatchback variant which will be based on the identical compact platform with the Tivoli.

The Tivoli will go on sales in early2015 at nearly $15,000 in Korea. It will be characterized by a 1.6-litre V4 powertrain producing 125 hp. It will be joined to an automatic gear box of six speeds.. It will be regularly with two-wheel drive, though Ssangyong is planning to add optional four-wheel drive along with a 1.6-litre diesel powertrain. The automaker’s current aim markets are: Africa, China and India, Central America, and Eastern Europe. Nevertheless, the Tivoli was created with U.S. crash and emissions certification.

Ssangyong is now possessed by India’s Mahindra & Mahindra. This is not the first time of the rumours about the automaker aiming at the United States. Counting the past 20 years, the Korean automaker wanted to create various American trademarks, though none of them has ever made to market.