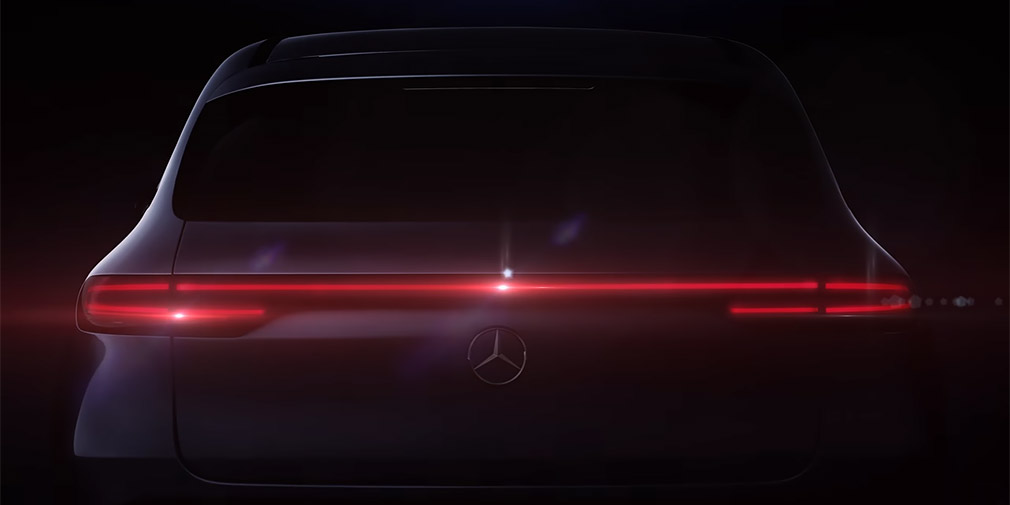 Now the company decided to demonstrate the back of a novelty. Officially, EQC debuts on September 4 in Stockholm. The main competitors are attributed to such models as Audi E-tron, Jaguar I-Pace, Tesla Model X.

Unofficial information says that the novelty will receive two electric motors. The crossover will be given a "hundred" in less than 5 seconds. The power reserve is set to 500 km. The SUV will also acquire a new wiring system that swings to the front/rear axle to 100% of the peak torque.

The assembly of the machine will take place at the plant of the American state of Alabama. To carry out this procedure, the company was modernized to the sum of $1 billion. Today GLE, GLE Coupe, and also GLS are assembled there.