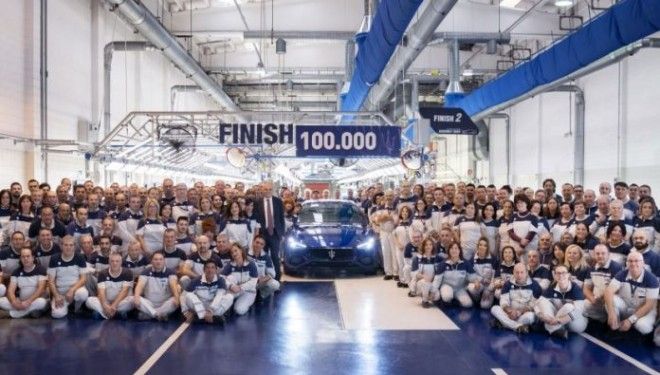 Maserati released the anniversary Ghibli Sedan - the car has become a hundred-thousandth instance. The Italians achieved a similar result for the model for six years.

Maserati Ghibli debuted in Shanghai in 2013 at a local motor show. Since then, the car updated a couple of times. For example, in 2017, GranLusso and GranSport versions added. Last update - a year ago at the Goodwood Festival of Speed ​​demonstrated Ghibli, which has an updated interior.

The car drives a 3.0-liter twin-turbo V6 with 430 horsepower. 100 km/h typed in 4.7 seconds, and the maximum speed reaches 286 km/h. The engine range also includes a gasoline 350-horsepower V6 and a diesel 275-horsepower V6. Each unit complies with the Euro 6D eco standard.