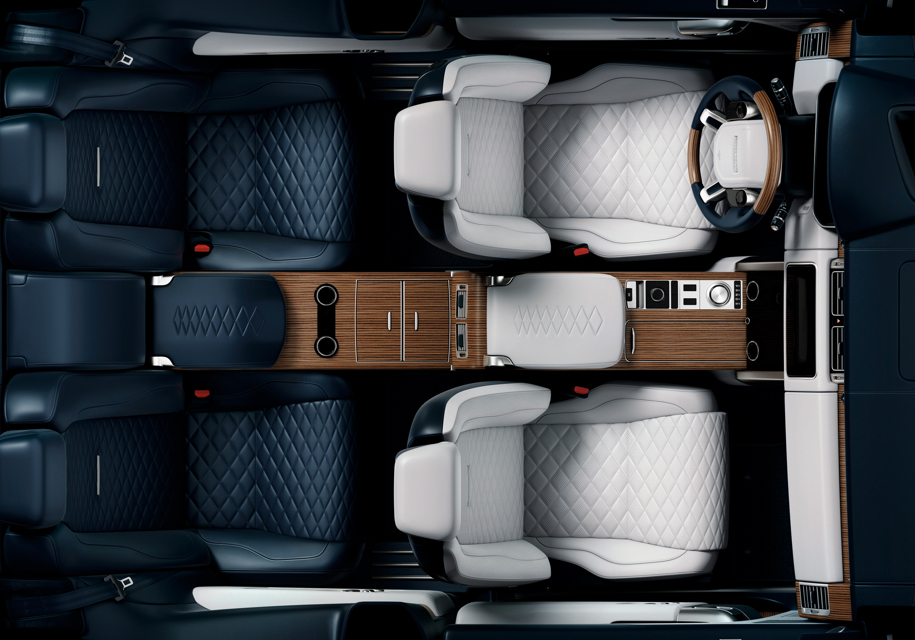 The Land Rover company showed the interior of a new version of the SUV Range Rover - a two-door SV Coupe, which was created in honor of the 70th anniversary of the brand, as well as a tribute to the original "Ranja".

Recall, initially, from the time of its appearance in 1970 to 1981, the model was just two-door. As can be seen on the popular teaser, the interior of the Range Rover SV Coupe received a two-color scheme. The front seats, as well as the front panel are upholstered in white leather (of course, high-quality leather). But the rear seats, as well as the top of the front panel - the skin is dark blue. Plus a tree on the steering wheel and on the central tunnel. The skin is trimmed with the front panel of the machine, and through the entire interior is a massive central tunnel, covered with natural wood.

The British did not talk about the power unit for the SV Coupe. Probably, an SUV will be equipped with a compressor 5-liter V8 with a capacity of 550 liters. from. or more. According to preliminary data, because of the exclusivity and luxurious finish, the price of the novelty will be about 200 000 pounds sterling.