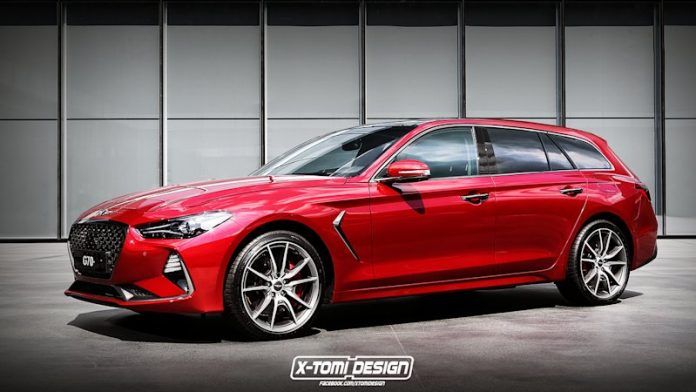 The luxury brand Genesis may be engaged in the development and production in Europe of the Genesis G70 wagon.

According to Western media, referring to the head of the company, William Lee, Genesis is studying the possible release in Europe of a station wagon based on G70.

The final verdict on this issue has not yet been adopted. But, in theory, a decision will soon be made. In European countries, wagons are very popular, second only to crossovers.

In the case of a favorable decision, Genesis can create such a model, taking as a basis for the updated G70, which will begin its sales in 2021.

Experts of the Hungarian studio X-Tomi Designs tried to make a particular type of novelty from Genesis. The company created a render drawing for the Genesis G70 Shooting Brake wagon.