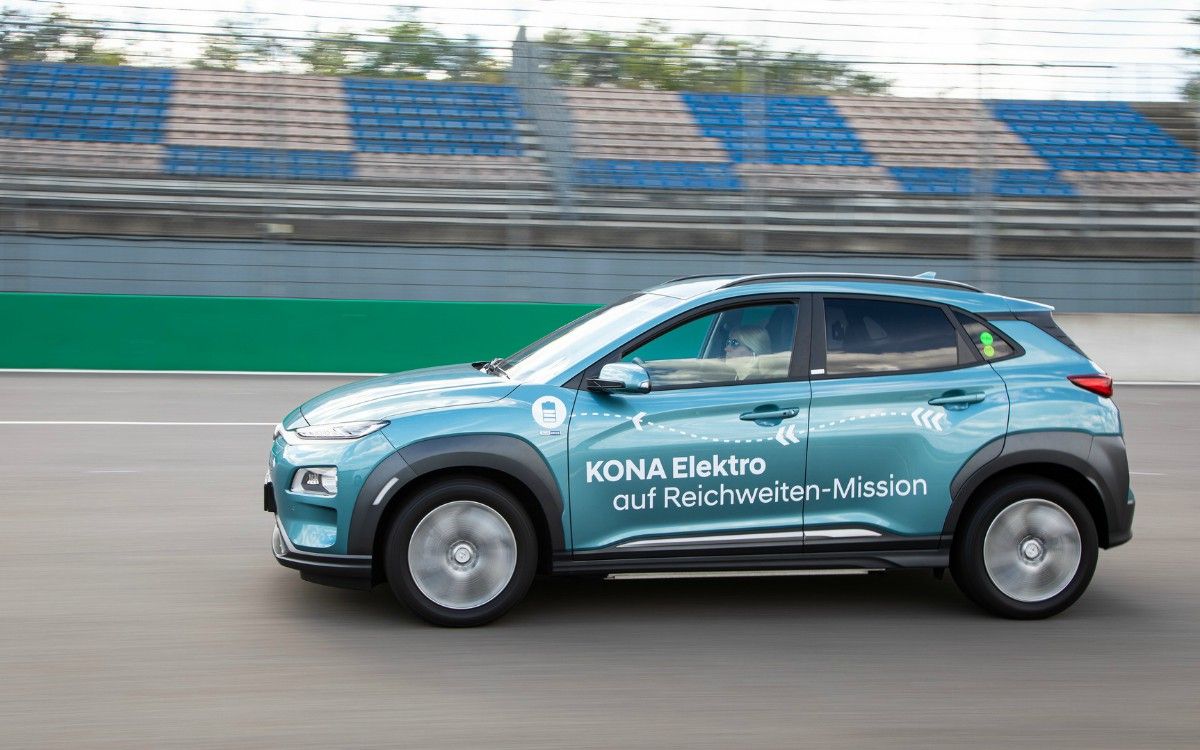 Hyundai has set a new world record for maximum mileage on a single charge in the production electric vehicle environment.

The compact cross-country Kona covered more than 1000 km on one battery charge.

The record was set in a 3-day test at the Lausitzring track in Germany. The total test time reached about 35 hours. During this time, three copies of compact crossovers traveled 1018, 1024, and 1026 kilometers on a single charge.

Each car is equipped with a standard 64 kWh battery pack along with plain Nexen tires and low rolling resistance. Air conditioners with infotainment systems did not work to save energy as much as possible.

The pilot group included representatives of the German magazine Auto Bild, as well as two divisions of Hyundai Motor Deutschland. On cars, the speed was no more than 31 km/h. On the third day of testing, each crossover covered more than 20 km with 3% battery charge. When the systems began to show a 0% charge, the cars drove a couple of hundred meters and then stopped.