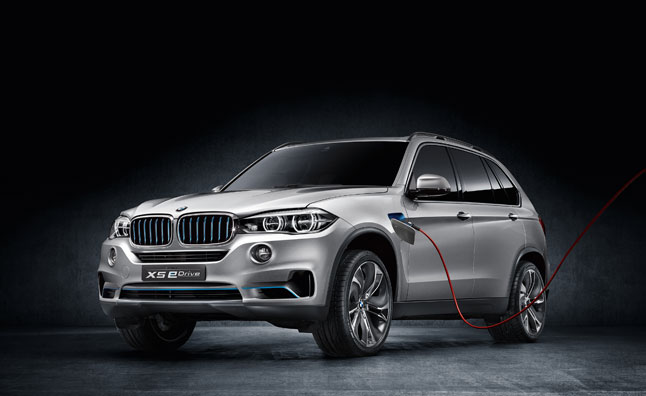 BMW has uncovered the X5 eDrive concept before of its public debut at the 2013 Frankfurt Auto Show.

The freshest SUV concept from the German company combines the driving satisfaction of xDrive intelligent all-wheel drive with a plug-in hybrid drivetrain. The Concept X5 eDrive has a top speed of 75 mph, a top electric-only range of 19 miles, and averages 74.3 mpg on the EU test track.

X5 eDrive is powered with a turbocharged, 4-cylinder motor paired to an electric engine that’s good for 95 horsepower. But it’s not just everything underneath the hood that hints that this X5 isn’t your standard SUV. The German company has given it the BMW i Blue treatment on the kidney grille slats, air intake bars and the inlay in the rear bumper. The blue serves as a nice contrast to the Silverflake metallic exterior paint while the Concept X5 also comes with specially contructed roof rails, a connector for the charging cable that lights up during charging, and 21-inch aerodynamically-optimized wheels.

Unsurprisingly, BMW is leveraging the technology gained from its sub-brand and applying it to the rest of its model lineup. The Concept X5 eDrive is a natural progression for BMW, especially with the combination of its xDrive all-wheel-drive technology. According to BMW, the SUV will accelerate to 62 mph in under 7 sec.

Look for more coverage of the BMW Concept X5 eDrive when it makes its public debut at the 2013 Frankfurt Auto Show - CarsBase will be reporting live from the event. 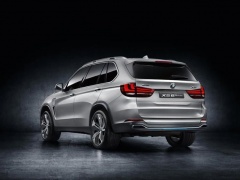 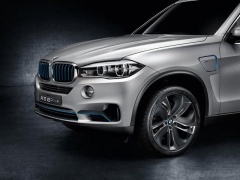 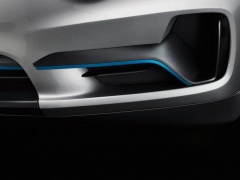 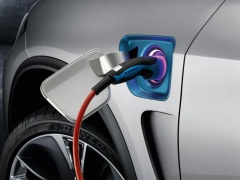 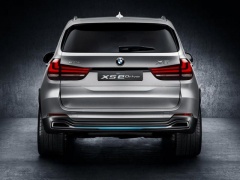