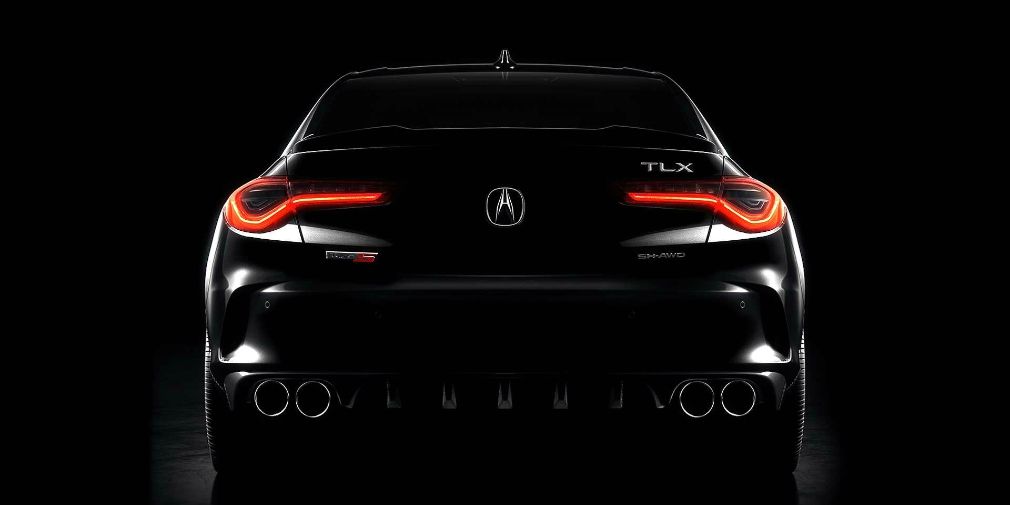 Acura showed a new generation TLX Sedan teaser that will receive a "charged" version of the Type S with a brand-new supercharged 6-cylinder unit.

The debut show of the novelty will be on May 28.

The second-generation Acura TLX Sedan will be the company's first car in the last decade to deliver the Type S sports performance. An all-new 3.0-liter V6 turbo engine will power the vehicle.

According to rumors, the return of the unit will increase to 400 hp. The engine operates with a proprietary SH-AWD, which, if necessary, transfers up to 100% of the peak torque to each rear wheel.

The sedan will prepare four twin pipes, a small spoiler on the trunk lid, as well as a rear diffuser. The Type S modification differs from the standard TLX transmission, steering, sports suspension, and more reinforced brakes.