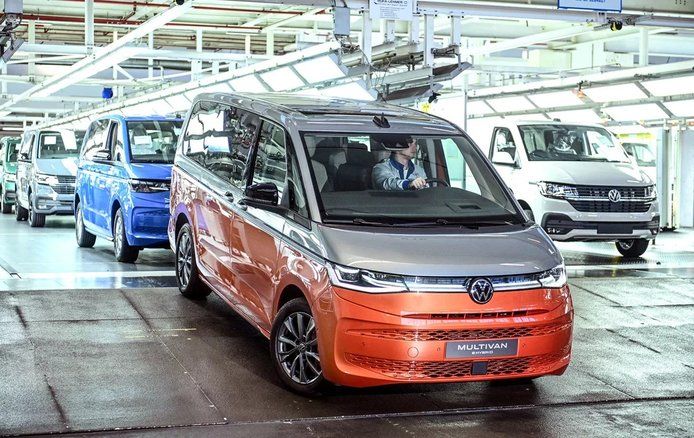 A mass assembly of the latest Multivan T7 minivan by Volkswagen has started in Hannover, Germany.

In Europe, car deliveries will start at the end of 2021, but the novelty will be presented in Germany in November.

The Multivan T7 is one of the most anticipated novelties of Volkswagen. The car is based on MQB, and the new car's shape is longer and lower than the previous generation T6.

The car's interior is a lot like a Volkswagen Golf hatchback of the eighth generation: there are two visually united in one unit touchscreen "dashboard" with an infotainment system.

Additionally, customers can get the Multivan eHybrid version with 217 horsepower. The engine will work with an automatic "gearbox" DSG.