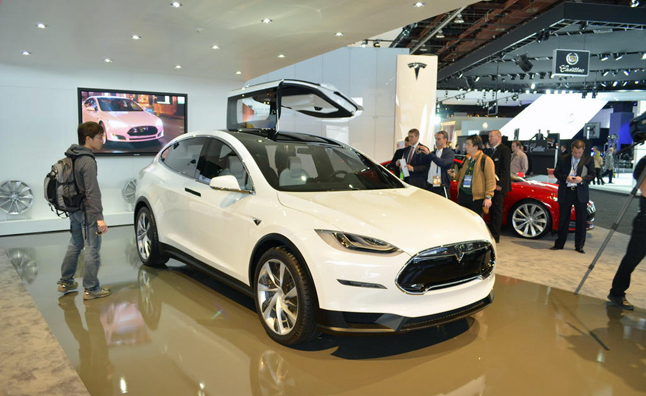 Having won the fame of the least practical element of the Tesla’s crossover, unusual doors will soon be produced on a full-scale.

The company has no doubts about the oddly looking doors resembling the wings of the falcon which were revealed on the concept at a number of auto shows. The doors on double hinges are equipped by sensors preventing them from hitting the surrounding objects when they swing to the sides to open. Tesla’s CEO claims that the doors will open even if the car stands between two other vehicles.

Estimated time of production start for Model X is the beginning of the next year. The customers will have no other option apart from four-wheel drive and will have to pay more than for Model S. After the launch the latter will enrich its lineup with a four-wheel drive variant.