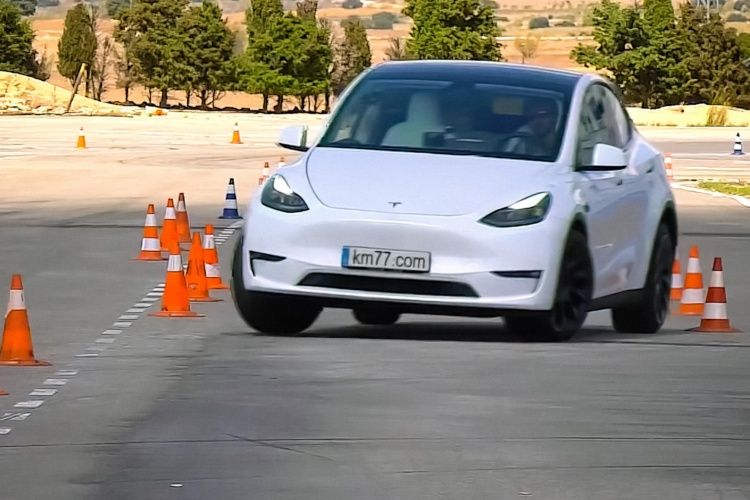 This car has shown excellent ability to pass sharp turns. The so-called "moose test" (simulating the appearance of a moose on the road) showed that the best indicator of giving a particular section of the car is a speed of 83 km/h.

We should add that a similar level was shown by Model 3, but the Model Y is much bulkier and has a higher center of gravity.

According to the test results, the Tesla Model Y was among the best cars that passed the "Moose Test" in KM77 magazine, keeping Tesla Model 3 and Ford Focus company.