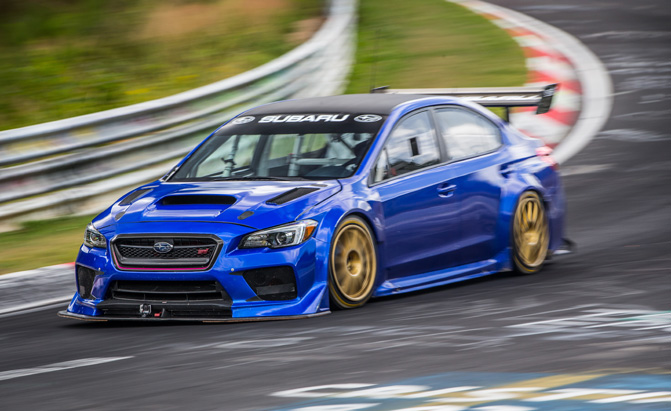 Representatives of the company Subaru managed to establish the time of the Nurburgring circle. From the nuances it should be noted that the custom rather than the serial model of the car was used.

The car showed time of 6: 57.5 at the Nurburgring. This result is worthy of respect, although it was obtained thanks to a non-serial model. This figure makes Subaru the fastest car among the four-door sedans in the world.

Among other achievements of the custom car is a record on the track at the Isle of Man TT. The car is built on a two-liter engine based on Prodrive and develops a power of up to 600 horsepower. This is almost twice as fast as the WRX STI Type RA with 310 horsepower.

The monster wheels have a diameter of 9 inches, a WRC reducer and custom hydraulics. The updated aero package allows you to reach the maximum speed on the track and the best control of the car.

According to representatives of the technical department of Subaru, this car has introduced many technical innovations, which are not yet in the series of cars. This sample allowed to test the possibilities of the latest developments of the automotive industry and to study the behavior of the car on the track taking into account technical innovations.