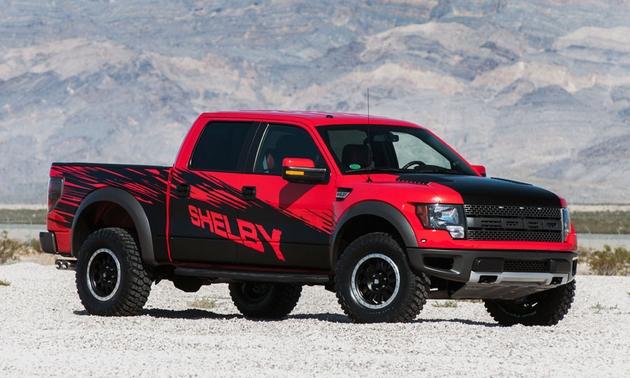 Shelby has presented the powerful pickup with 575 horse powers.

The new vehicle, which is based on the 2013 Ford F-150 SVT Raptor, gains improved power and handling, along with three Shelby graphics variations.

The president of Shelby, John Luft, announced that the car was designed to conquer any terrain with “serious speed.”

Shelby is equipped with a 2.9-liter supercharger to the vehicle's 6.2-liter V8 engine. That increased the horsepower rate from 164 up to 575. Six-speed automatic drives the power to all four wheels.

The off-road function controls the transmission, stability and traction control system to operate under high-speed off the road situations. The Shelby Raptor is also equipped with 35-inch BF Goodrich all-terrain tires.

Only around 100 Raptors will be constructed for the model year.