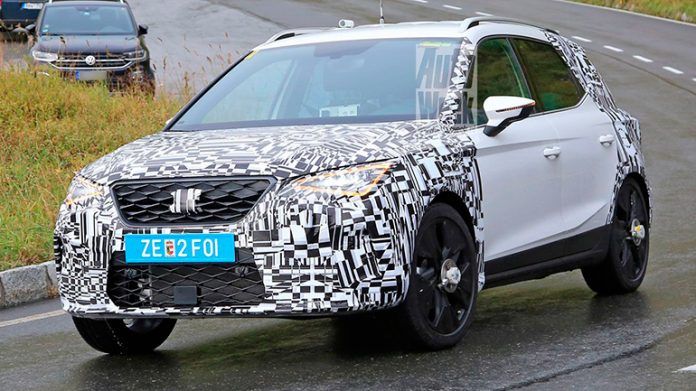 Seat is preparing for the start of sales of an updated version of the compact crossover Arona.

On the eve, spy photos from the tests of the car appeared on the Internet. They demonstrate precisely the restyled Arona.

By the way, the model first appeared on sale in 2017, and three years later, updates are being prepared for it. According to rumors, minimal design changes are expected. The front of the crossover will have an updated and slightly enlarged radiator with a brand new bumper. The headlight design will remain the same.

Small innovations will appear in the salon. The infotainment complex will be updating, and the latest upholstery materials will be adding.

The novelty engine range may receive a 1.6-liter TDI engine for 95 "horses," and TSI and TGI will appear among the versions.