Viper Conquers 1st Race a Year After Comeback to ALMS 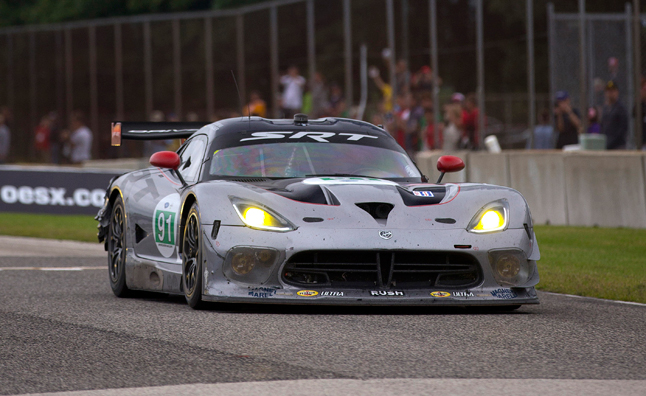 The vehicle under number 91 SRT Viper GTS-R, driven by Marc Goossens and Dominik Farnbacher, has conquered a victory at Road America in the American Le Mans Series (ALMS) making the first win since coming back to autosports.

Taking the checkered flag the SRT (not Dodge) Viper’s win points the vehicle’s 1st autosports victory since 2000 and falls a year after the fresh Viper made its comeback to the series. The team fights in the GT Class and actually qualified behind the number 93 Viper GTS-R driven by Jonathan Bomarito and Kuno Wittmer, which launched on the pole position in today’s race, representing just how far the Vipers have come since their premiere a year ago.

“It’s incredible, the first win for the Viper in quite a while,” told Farnbacher. “It was rather nervous. I believe we made it to the finish line with the last drop of fuel. If you look at all those faces (SRT team), they’re almost crying, everybody’s crying. It’s so emotional for us. I’m just amazed at the moment.”

The best lap time for the number 91 Viper at Road America was a 2:05.990 with Wittmer behind the wheel. The car under number 93 Viper had basically qualified with an extremely quick time of 2:03.410.

Nevertheless, Goossens and Farnbacher took the win over Antonio Garcia and Jan Magnussen in the Chevrolet Corvette C6 ZR1. by 0.36 sec.

“The last 5 minutes were extremely nervous,” told Beth Paretta, Chief of Marketing and Operations for SRT Brand and Autosports. “We had different strategies for the 2 vehicles and it was going to come down if we had a yellow or not. We got the yellow, so that decided the outcome with the 91 getting the win. I’m so happy for SRT Motorsports and the SRT brand. It’s been a year, this is our birthday, so pleasant birthday to SRT Motorsports. This is the best way to celebrate.” 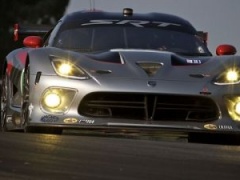 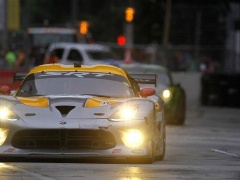