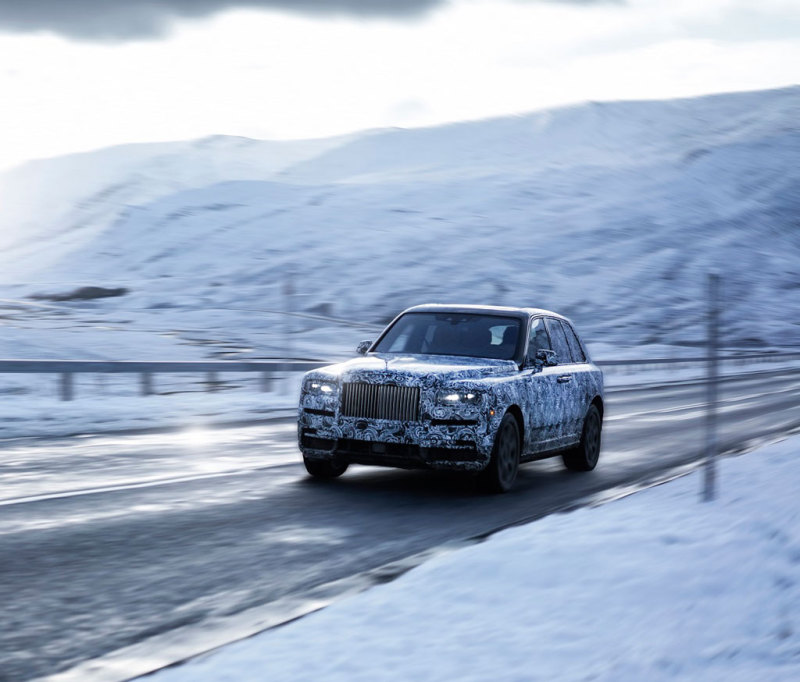 The British company said, that the same time showing the first official photos of the car in a protective clutch on winter tests.

Regarding the launch of the development of new items in Rolls-Royce announced in 2015, after which the car was often seen on the tests. The company says that Cullinan will turn over all the ideas regarding travel in the ultralux class, embodying the so-called "Effortless Everywhere" concept.

Let's add that Rolls-Royce Cullinan was tested in the most different corners of the Earth, from the desert of Africa to the cold Arctic. In theory, the performance of the new Cullinan will be the best in the segment of luxury crosses. Perhaps the world debut of the new Rolls-Royce will be held this summer. 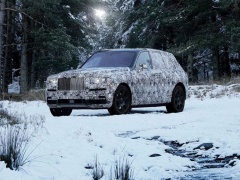