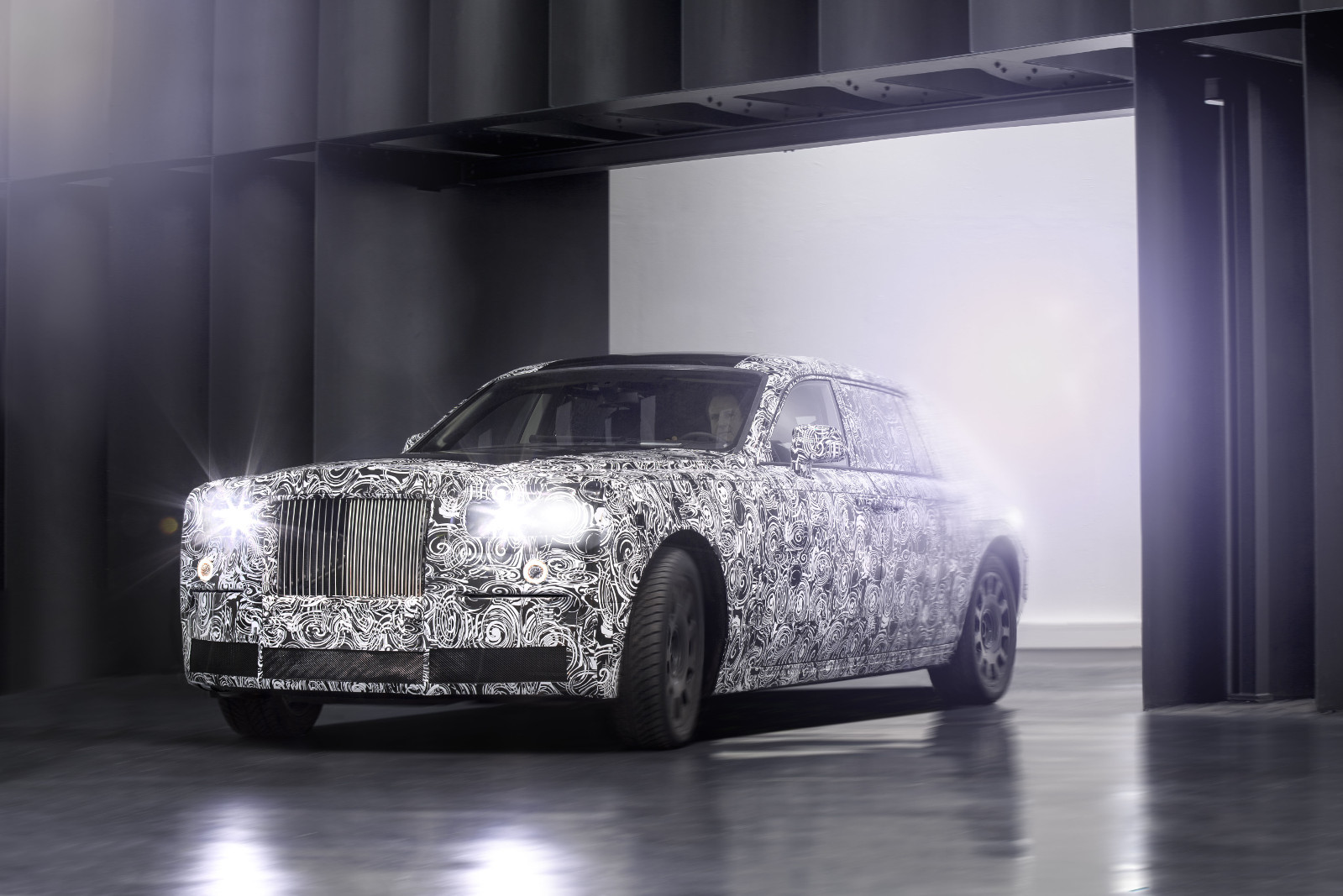 The mule with a Phantom body received the innovated aluminium carcase architecture. It will be used in all future cars since 2018.

The prototype is in its testing stage now. The automaker assures that it will be assessed on public roads in different places worldwide. At first, the automaker will ensure that the structure delivers its famous “magic-carpet ride” and that it is resilient enough in the extreme weather.

The producer did not give the details, but the platform was announced at the beginning of 2015. The chassis will underpin the automaker’s first crossover promising to present exceptional presence, purpose and elegance. The offering will be a rival to the Bentley Bentayga. It also might adopt the Cullinan moniker.

Technical specifications are still unknown. According to the previous reports, the offering will receive power from a 6.75-litre twelve-cylinder engine. It will also have some common components with the BMW X7.

The company’s CEO stated that the new architecture of luxury is a significant investment in the future of Rolls Royce. He considers the chassis to be the next step in the brand’s luxury trip.