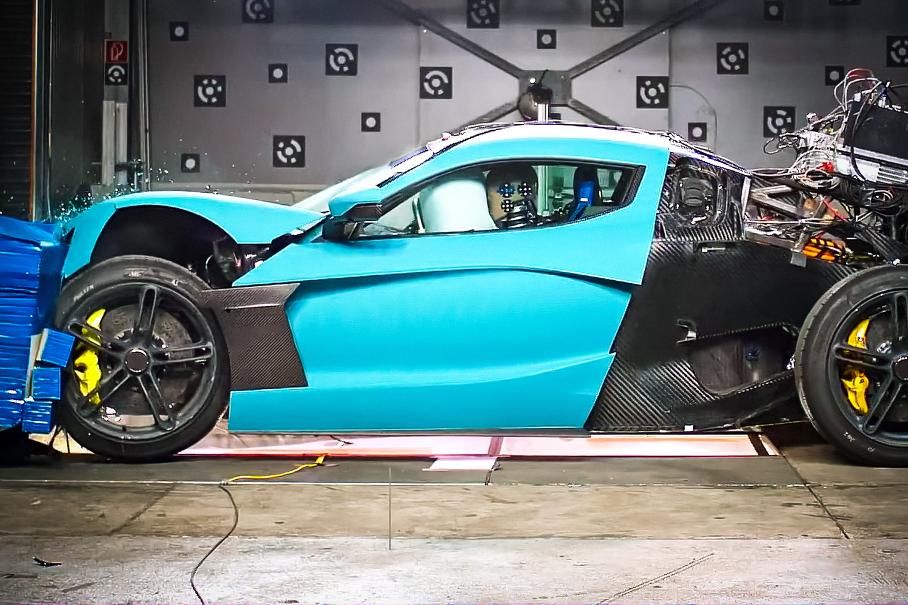 Croatian brand Rimac spoke about how it conducted an internal crash test of the C_Two electric hypercar.

Two сar' copies were smashed at once. The cost of each vehicle is $2.1 million.

In the first test with a head-on collision and a deformable barrier with a 40% overlap at speeds of 40 km/h, the company was satisfied, but the impact was "devastating" at this speed.

The second C_Two crashed on the same barrier at 56 km / h. The tests satisfied the engineers. Although severe deformation has occurred, the body's front has absorbed the force of the impact, and the risk to passengers is minimal. The fear was caused by the pedals, which shifted, injuring the real driver's legs, but the pedals survived.

For the Rimac C_Two hypercar, four electric motors are prepared, one for each wheel. The total is a maximum of 1914 hp. The two-door accelerates to 100 km per hour in 1.97 seconds. The motors draw power from a 120-kilowatt-hour battery pack built into a carbon fiber monocoque. The power reserve on a single charge reaches 650 km according to the NEDC cycle.