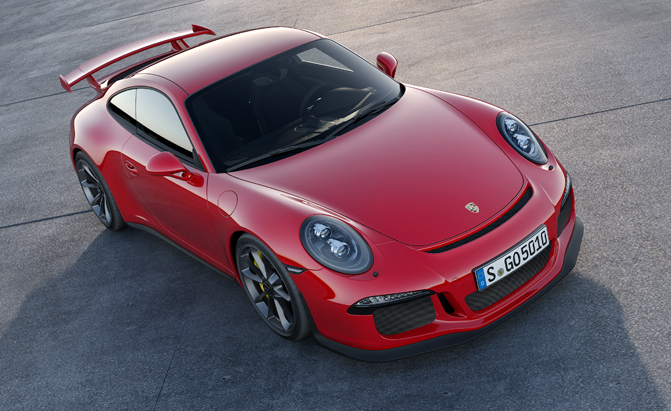 Porsche hears its admirers. The automaker is trying to equip its offerings with a manual gearbox.

If you remember, the German producer heard a lot of criticism when it told about the 911 GT3. The customers were not happy because of the manual gearbox absence. Porsche explained this move. It was told that the vehicle was quicker without manual. The automaker also assured that speed is the main thing in a track vehicle. After that the manufacturer presented the Cayman GT4. This vehicle is equipped with manual gearbox. The customers were so glad with this offering that the company is intended to give out one more model.

We are hinting at the 911 R. It receives power from the same 3.8-litre engine. It is able to produce 475 hp in the GT3. The 911 R will be a limited production offering with manual gearbox only. It will come without rear spoiler, as the 911 GTS. In comparison with the GT3, there will be less rubber on the four corners. The new car will be lighter in comparison with the regular 911.

According to the rumours, the vehicle has been already sold to VIP clients even before its official announcement.