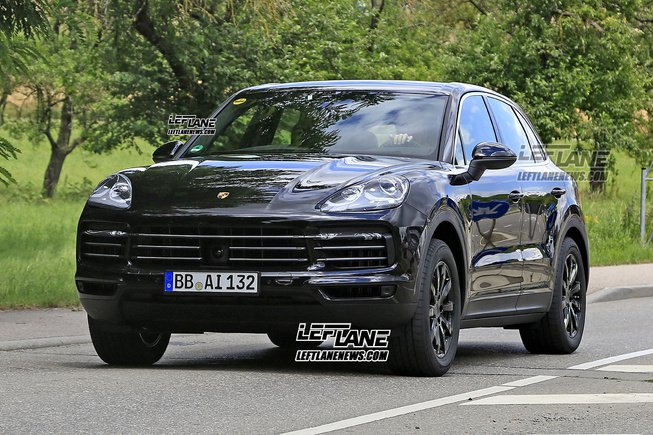 The next-gen Cayenne from Porsche has been caught by paparazzi. It was with almost no covering bar the cartoonish stickers on the headlamps and taillights.

The styling is more of the same from the producer. However, the front of the latest SUV was inspired by the smaller Macan. Meanwhile the rear part looks like the recently-launched Panamera Sort Turismo Wagon.

Even though it has not been confirmed, we are pretty sure that the innovated Cayenne will ride with the VW Group’s MLB platform for FWD and AWD cars with longitudinally-mounted engines. Therefore, it will be similar to the Bentayga from Bentley, Q7 from Audi and the next-generation Touareg from VW.

Previous spy photos of the innovated unit show similar design to the new Panamera inside. The innovated Cayenne from Porsche should be presented during 2017 motor show held in Frankfurt this September.