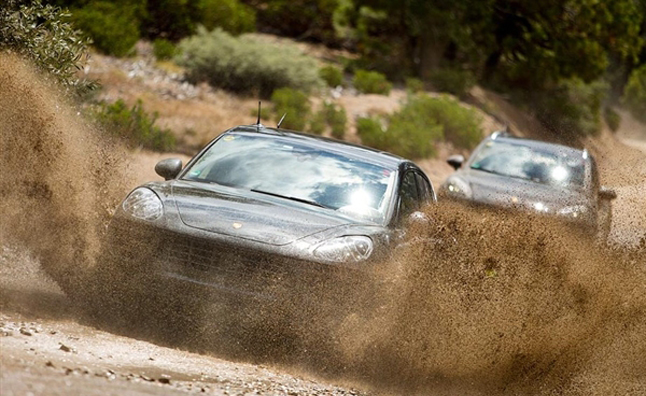 Just like a supermodel on the stage, most of the body showing with only a several bits hidden from view. Specifically, the vehicle’s head and tail lights are still covered with printed stickers. Teaser pictures revealed last week tipped the reason behind Porsche’s choice to use the automotive equivalent to pasties; it will be released with fresh headlights first seen on the Sport Turismo concept vehicle in Paris.

Official features about the Macan are still unknown, but it is going to be available with both a 2.0-liter turbocharged 4-cylinder and 3.0-liter supercharged V6. Architecture is held in common with the Audi Q5, although upgrades to the chassis will help to put the Macan above its Audi cousin.

The public debut will happen during this year’s L.A. Auto Event in late November. Today’s pictures show the vehicle undergoing final testing in the U.S. and while it’s difficult to distill fresh information from the photos, there are two distinctly different packages of exhaust pipes visible. 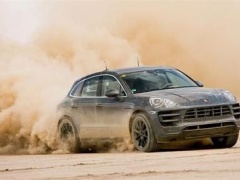 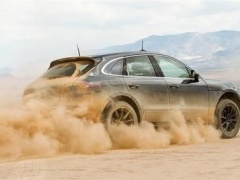 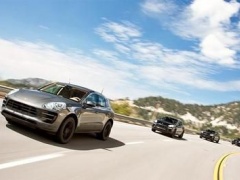 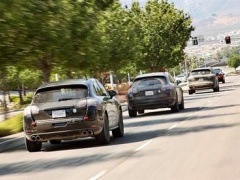 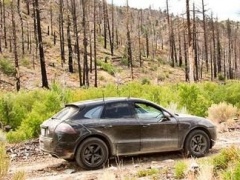 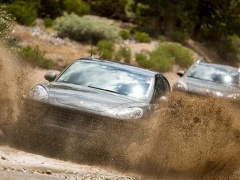