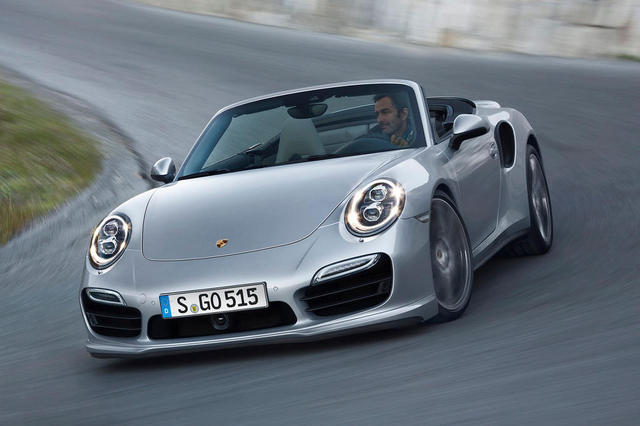 The 2014 Porsche 911 Turbo and Turbo S Cabriolet vehicles were unveiled before their public debuts at the 2013 LA Motor Show.

The convertible versions are expected to be similar to their coupe counterparts but sporting an upgraded fabric roof by the German company. The drop top is now equipped to a lightweight magnesium frame and can be opened and stowed in a dedicated compartment behind the cabin in just 13 sec and at speeds up to 37 mph.

The 2014 Porsche 911 Turbo S was officially revealed at the Frankfurt Auto Show with 560 hp. The regular Turbo model will have 520 hp. Both models are enhanced by a 3.8-liter flat-6 motor paired to a 7-speed PDK dual-clutch transmission.

Additionally, the Turbo will accelerate to 62 mph in 3.5 seconds while the Turbo S will take 3.2 seconds. Fuel efficiency on both vehicles was upgraded by 30 %. 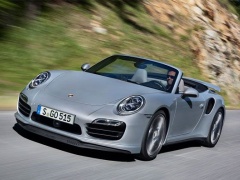 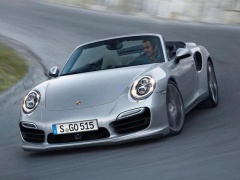 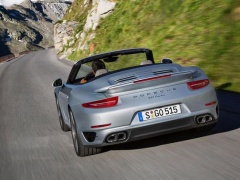 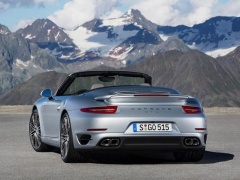 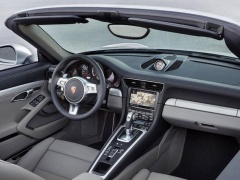 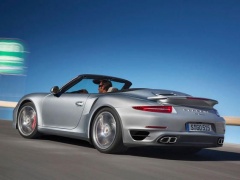