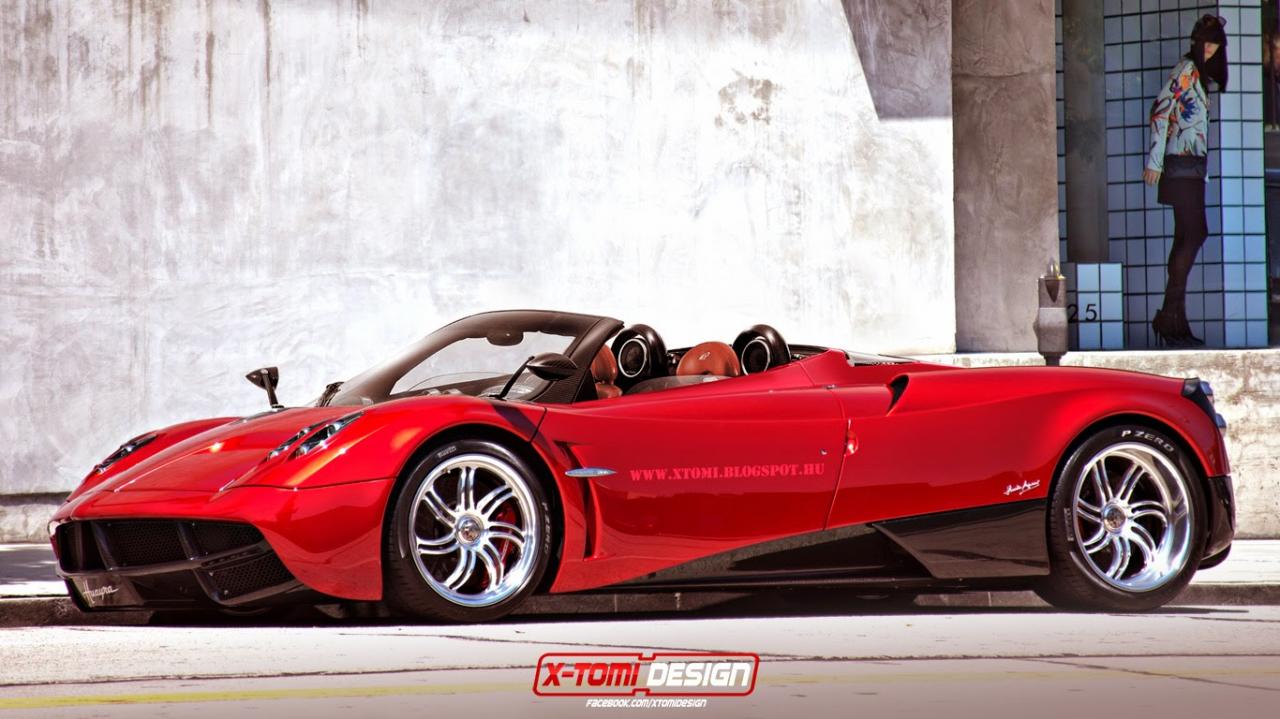 X-Tomi Design has transformed the Pagani Huayra into a roadster with the help of digital speculative seeing.

Sometime ago a dodgy reproduction of the Pagani Huayra could be seen with a roadster figuration. A more attractive rendering has appeared now. It shows what should be expected from the future Huayra Roadster. It goes without saying that the styling reminds its coupe relative, but having a more arched and sloped windshield along with carbon fibber A-pillars.

Back in April, Luca Venturi, the spokesman of Pagani stated that a Huayra Roadster is being created. It also was stated that the model will be presented sometime in the next two years. No more information is available, but there are chances that the engine will probably be a 6.0-litre twelve-cylinder twin-turbo which w9ll be able to produce 730 hp (or 537 kW) and torque of 737 lb-ft )or 1,000 Nm).