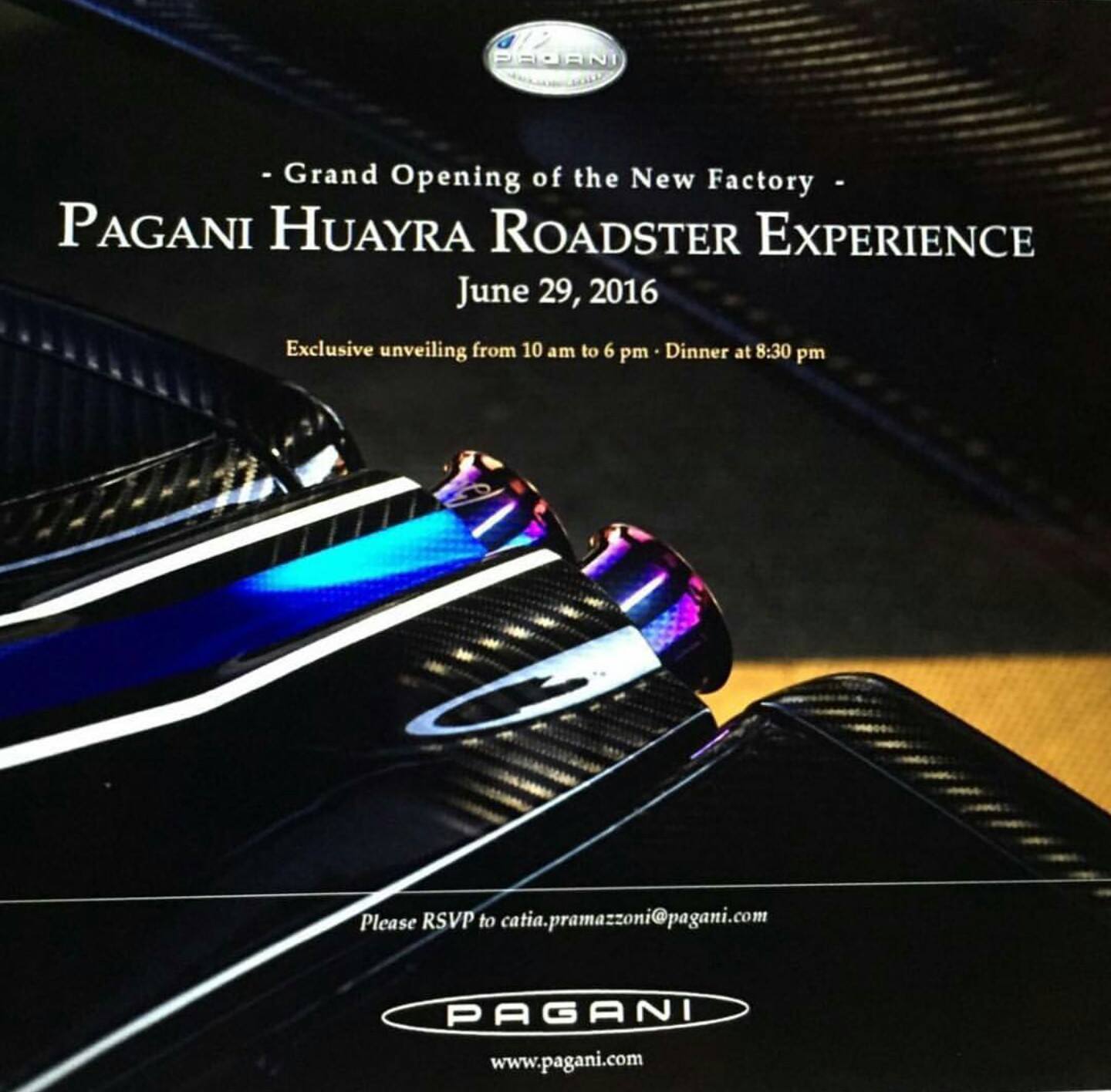 There were gossips about the Pagani Huayra Roadster.

Several lucky and wealthy clients got the chance of seeing the coming-soon droptop hypercar. The producer from Italy displayed the convertible during the party opening its newest plant. This happened on June 29.

The teaser does not tell much about the styling. If to believe earlier reports, there will be some weight added (because of the chopped roof). The regular Huayra Mercedes-AMG-sourced 6-litre bi-turbo twelve-cylinder will be heard far away. It produces 730 hp and torque of 737 pound-feet. Only 100 of such cars will be manufactured. Later on it will be possible to order a Huayra BC Roadster. This one will be equipped with a twelve-cylinder and produce 789 hp and torque of 811 lb-ft.

The convertible will be publically unveiled at the Car Week in Monterey in August.