Sedan Form of the Next-Gen Nissan GT-R from Infiniti 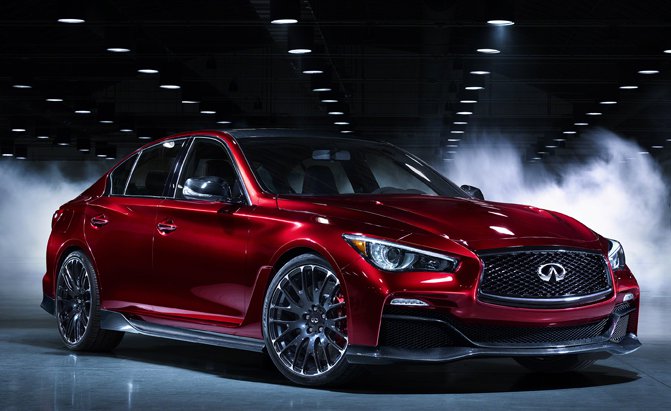 There are rumours that the next-gen Nissan GT-R will receive a 4-door version.

The notion of a Nissan GT-R sedan should not be perceived as a crazy one as the Infinity has actually brought such an offering with its Q50 Eau Rouge concept to life.

Nissan has presented Skyline GT-R sedans during decades and it led to the R35 GT-R offering.  Now it turned out that the producer is going to return to that for its next-gen offering. However, the GT-R sedan will have a badge of an Infinity car. The vehicle will be targeting at being similar to the Mercedes-Benz AMG and BMW M3 offerings.

More precise information about the next-gen Nissan GT-R will be revealed soon. According to the recent gossips, the offering will be equipped with a variant of the 3.0-litre six-cylinder hybrid powerplant. The same powerplant is used in the GT-R LM NISMO race vehicle. Though, it is obvious that, unlike the race vehicle, the production R36 GT-R will not be equipped with front-wheel drive system.

Not long ago the automaker revealed that it will have to delay the GT-R LM NISMO since it is working on some issues with the race vehicle’s ERS (energy recovery system). The front-wheel drive race car did not strike at the Le Mans 24 Hours.