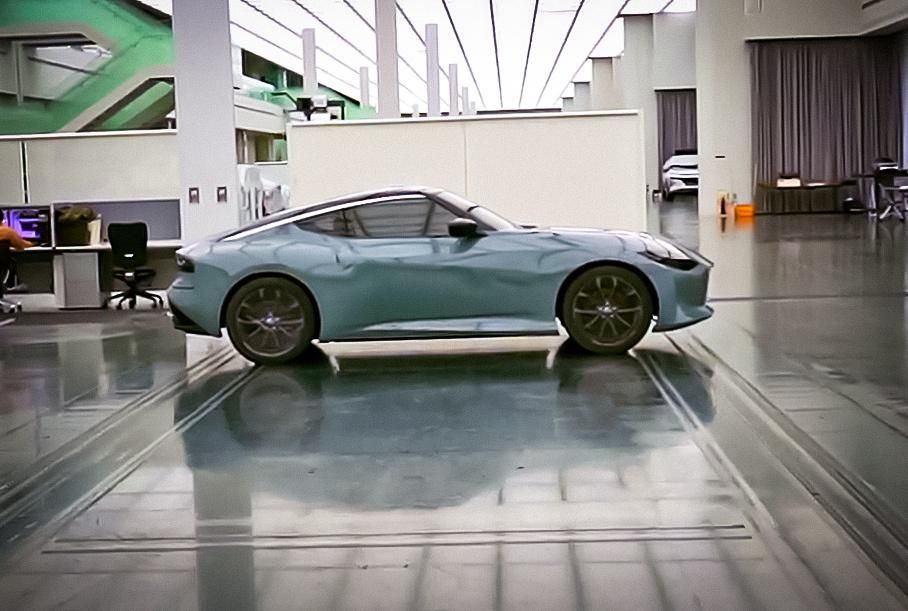 During an online broadcast, Nissan showed a mysterious car where the restyled Pathfinder SUV and Frontier pickup truck were unveiled.

The company's design studio showed the Z-Series sports car in gray in the background.

Nissan's design studio designs new prototypes, which often turn into production cars. At the same time, specialists are preparing the concept Z Proto for the premiere. But more interest has been focused on the gray idea in the background.

If we believe unconfirmed information, Nissan is creating a marketable version of the future Z-series car with the name 400 Z. The mystery car has narrowly planted front headlights and a more angular lower body design.

It remains unclear whether this prototype will be a future version of the Z Proto. Maybe Nissan wants to make a completely different car.