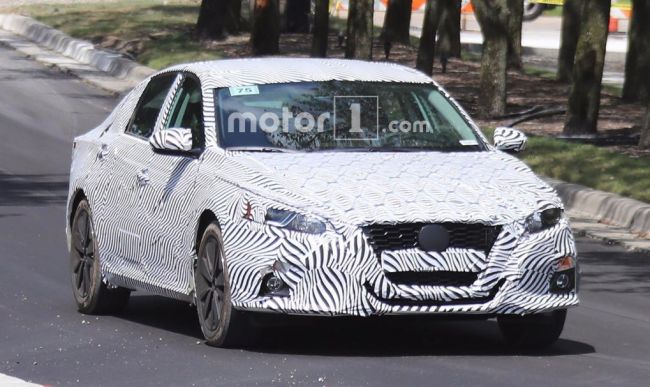 Ubiquitous photo spy was able to photograph the salon of the perfect new generation of the Japanese sedan Nissan Altima.

Next month, the Japanese company Nissan will introduce the updated sedan Altima - the presentation of the car will be held at the Auto Show in New York. Until now, the new generation of the model is almost unknown - the only official information was a "teaser" video, which was recently published by the press service of the Japanese automaker. I must say that he seemed strange to us - although he is a "teaser"!

Just want to remind our readers that some time ago, foreign automobile publications published so-called "spy" photos of the Japanese novelty - the test prototype of the sedan was almost completely covered with camouflage film, so that the appearance of the car did not become public before the time. Enthusiasts were able to capture the interior of the sedan Nissan Altima new generation. So, judging by the published photos, in the middle of the front panel of the Japanese novelty is a new screen of the infotainment system, which in fact is the first of its kind in the Nissan model lineup. According to insiders, this complex will be able to work with smartphones. 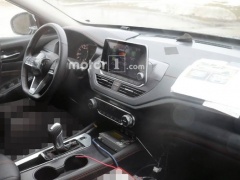