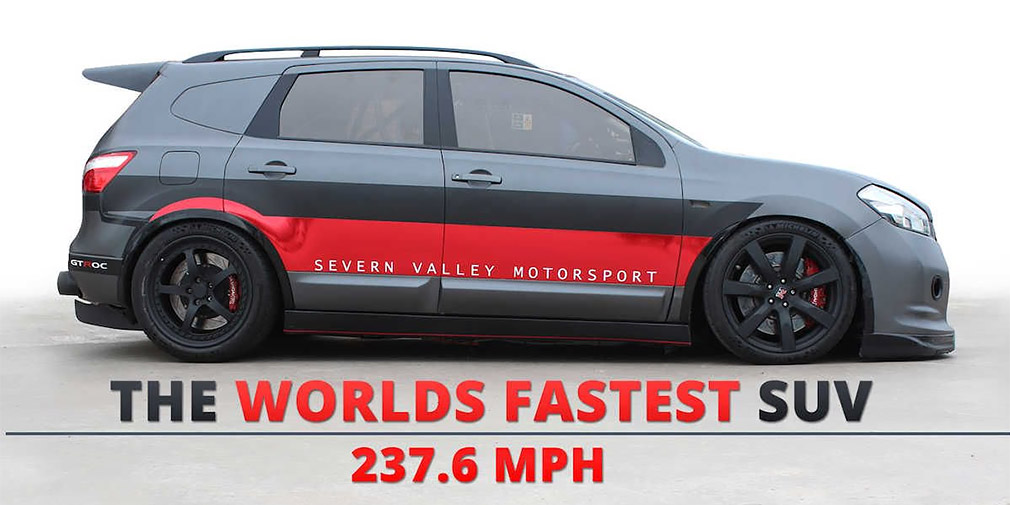 On YouTube distributed a video that demonstrates the record arrival of the Nissan Qashqai SUV, which has the engine of the car Nissan GT-R.

The car managed to gain as much as 380 km/h, thereby becoming the fastest SUV in the world. The car is equipped with a capitally improved 3.8-liter twin-turbo V6 with a return of 2,000 "horses"! We add that the power of the unit in standard equipment is 555 hp.

The record itself was set in the UK at VMax200, which takes place at the airport. It is reported that in 27 seconds the model managed to accelerate to 381.4 km / h, exceeding the previous record set by the 2000-strong SUV Toyota Land Cruiser (at 12.2 km / h).