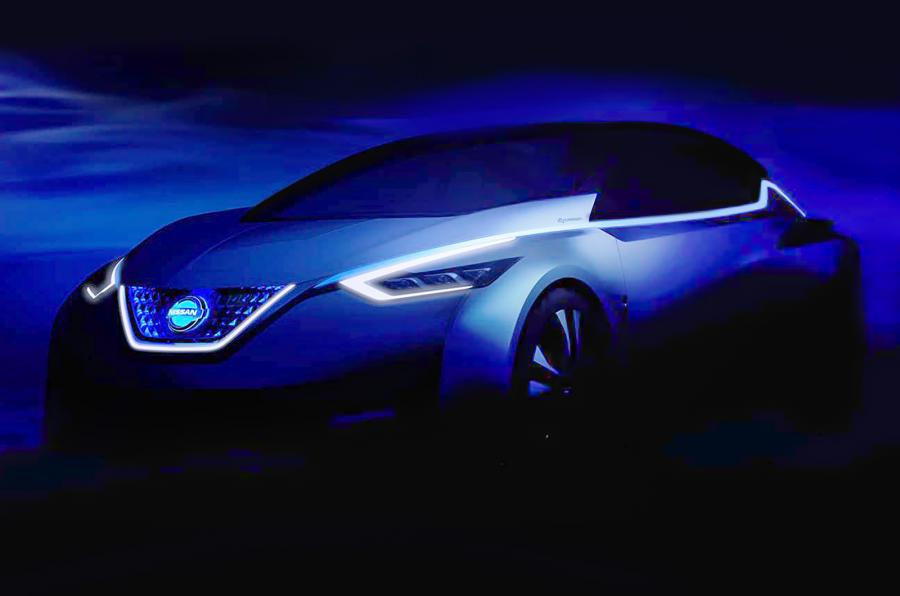 Nissan has shown its main concept for the Tokyo show held this week. According to the rumours, the vehicle previews the electric Nissan Leaf’s next-gen.

The Japanese automaker is teased one poorly-lit photo. It shows a hatchback with the producer’s newest corporate grille treatment. There is an outstanding kink around the C-pillar.

It is written in a short press release that the model under consideration is the manufacturer’s future vision of vehicle electrification and intelligence. This statement coincides with the speculation about the autonomous technology of the concept and the newest gen of electric engines and batteries.

According to insiders, the vehicle’s design will suggest the next-gen of the Leaf. The last one is scheduled to come out by 2017. The automaker wants to expand the Leaf sub-brand so that it could include further offerings and body designs. The company’s executive vice-president shared that a 5-door hatchback will still remain the main in the range.