The Mitsubishi Mirage presentation at the New York auto show 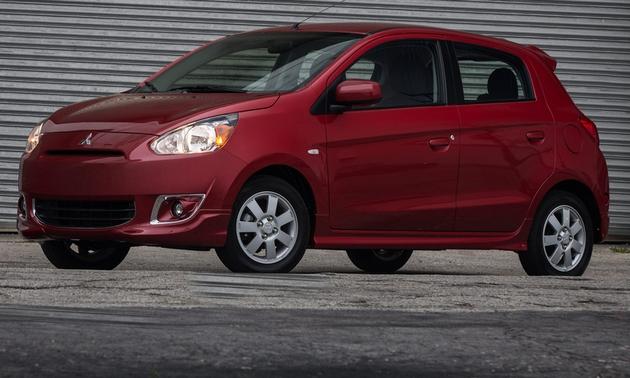 It is said that the new mini Mirage will get 40 mpg in total during driving in the city and highway.

The Mitsubishi representatives announced that the Mirage, equipped with a continuously variable drivetrain, will get 37 mpg city and 44 mpg highway. The five-door vehicle will produce 74 hp with the help of 1.2-liter three-cylinder engine.

The fresh Mirage was shown at the New York auto show.

The mini car’s fuel economy awaits U.S. EPA approval. It should help to restyle Mitsubishi as an eco-friendly auto brand if approved.

The Thai’s Mirage will be the first new Mitsubishi's vehicle since 2011. In 2012, Mitsubishi stated 27 % decline in U.S. sales, which is the biggest decline for any auto brand in the United States. That caused the cancellation of the Endeavor crossover, Eclipse coupe, Spyder convertible and Galant sedan.

Common features include seven airbags, tire pressure monitoring device and a hill-start help mode on cars with a CVT.

The prices for Mirage will be declared later. The Mirage is sold for around 12,500 USD in Japan.