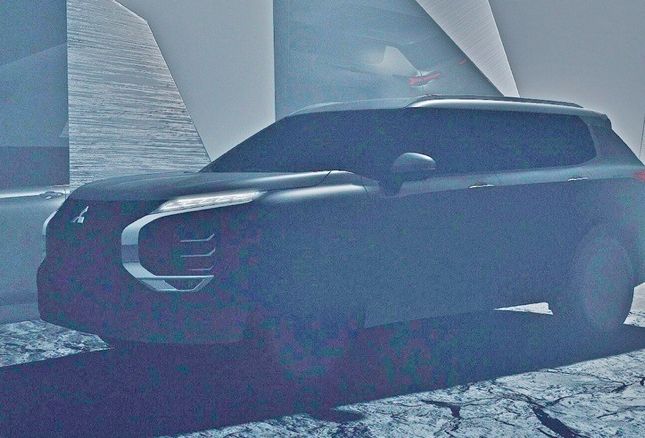 US residents will receive the first crossover with the 2019 Engelberg Tourer concept car's design.

In other countries of the world, the car will appear similarly in 2021. Mitsubishi clarifies that the debut in the format of an online presence will occur in February. After that, the SUV will go to the USA, Canada, and Puerto Rico.

The photos show that the exterior of the crossover repeats the prototype of the Mitsubishi Engelberg Tourer 2019. The bumpers became the differences, and the radiator received shiny horizontal stripes, plus there are no cameras, and instead, there are simple mirrors. The car interior remains classified.

According to rumors, there will be concept features inside (a virtual dashboard made as a single line of air vents and an extensive multimedia display).

The technical part is similarly classified. Perhaps at the heart of the new Mitsubishi Outlander will be the improved CMF-C/D platform from Renault-Nissan, which the latest Nissan X-Trail has. In the US, the brand new Outlander should receive an engine from the Nissan X-Trail crossover - it will be a 184-horsepower 2.5-liter "aspirated" engine. Another novelty will receive a hybrid version.