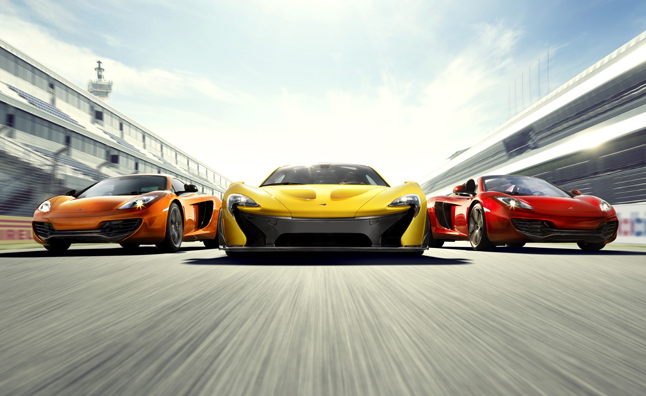 The happy 3-member McLaren family will soon broaden to 4, with an “entry-level” sports vehicle set precisely to take on the Porsche 911.

The newest member of the enlarging McLaren lineup is going to be named the P13 and sit just shy of the MP4-12C in the automaker’s lineup. While the 12C is created to challenge supercars like the Ferrari 458, the P13 will be more of a volume car and take on the Porsche 911 Turbo.

Motor output digits won’t quite match up to the 911 Turbo, but don’t expect that to matter thanks to light weight technology and McLaren innovation. Notably, P13 will make use of the same turbocharged 3.8-liter motor as both the 12C and P1 but with output lowered to about 450 hp.

While those digits aren’t as high as the Porsche, the vehicle is going to weigh less than 3,100 lbs, or as much as 350 to 400 lbs less than a 911 Turbo thanks to its carbon fiber monocoque. Price will reportedly be targeted precisely at the Porsche, though is going to be slightly above the German sports vehicle which kicks off at $148,200.

Probably the most surprising news is that McLaren is going to borrow styling cues from the P1 rather than the 12C, an indication that the 12C’s style is seen as too calm.